Buddha taught the many benefits of meditation more than 2500 years ago — in the Satipatthana Sutta and others — and modern medical science confirms and reinforces those benefits in study after study. In this feature, we cite 17 sources of research supporting ten indicated benefits.

The good news here — aside from reinforcing Buddha’s teachings — is the benefits are broad spectrum. All sorts of people — who live incredibly diverse lives and have very different problems — can find the same benefits and wonders in meditation.

There is plenty of science to support the objective, positive effects that meditation has on people, enough to help even the most doubtful see that there is value in the simplicity of meditation. This evidence, in the form of studies, reports, meta-analyses, and research projects, find that (and in some cases explains how) meditation simply, truly works.

[Note: normal disclaimers: this feature reports only. Always seek the advice of your health practitioners.]

Although there are many, many confirmed benefits to meditation and mindfulness, in thisfeature we will focus on the top ten.

One of the most common reasons for people to try meditating is to try and reduce stress. Mental and physical stress cause the body to produce higher levels of the stress hormone called cortisol. Cortisol can cause a lot of the negative effects that stress is associated with because it triggers the release of cytokines, which are inflammatory chemicals.

These effects include increased tendency toward depression and anxiety, affected sleep, increased blood pressure, and fatigue and cloudy thoughts.

An 8-week study by researchers found that mindfulness-based meditation decreased stress-caused inflammation responses in subjects. The mindfulness training was “a better buffer of the effects of psychological stress on neurogenic inflammation” than a well-matched control condition. [Note 1]

Meditation can also decrease pain, in any of its forms. This is especially true when that pain is caused by disorders that are often (but not always) stress-related. Some examples are irritable bowel syndrome (IBS) and fibromyalgia.

IBS is a gastrointestinal disorder that is found in many people. Its symptoms include diarrhea, constipation, abdominal pain, and bloating, but these symptoms are easily attributable to many other diseases and can therefore often be difficult to diagnose and manage. A literature review found that meditation provided sufferers relief from their IBS symptoms. [2]

The same goes for fibromyalgia, which (after osteoarthritis) is the second most common rheumatologic pain disorder. A review found that mindfulness meditation was helpful in improving sufferers’ pain symptoms and pain perception. [3]

A meta-analysis of a studies done on 1,295 subjects found that a type of meditation called Transcendental Meditation™ was “more effective than treatment as usual and most alternative treatments, with greatest effect observed in individuals with high anxiety”. [4]

A review of available literature on the subject concluded that mindfulness-based interventions “demonstrated efficacy in reducing anxiety and depression symptom severity in a broad range of treatment-seeking individuals”. [6]

Emotional wellbeing extends beyond just feeling happy. It also involves managing negative thoughts, low self-esteem, and insecurity. Emotional wellbeing isn’t just important for personal satisfaction, but also for social interaction. Loneliness and social isolation are some of the most impactful factors on poor health and even a shorter life span.

A study of 153 adults found that when using a mindfulness meditation app for 2 weeks, there were reduced feelings of loneliness as well as more social interactions than a control group [7].

This finding corroborates the line of thinking that in order to be a better friend/partner/child/parent etc., you need to work on yourself first. When someone works on their emotional well-being, it is easier for them to find meaningful connections in the world.

Self-awareness helps people to be more aware of and understand who they truly are, leading to better self-growth, acceptance, and love. They can grow into the best version of themselves. Meditation is an excellent tool in the journey of self-awareness, especially certain forms like self-inquiry meditation.

There is evidence that meditation can give a person the tools they need to be more self-aware [8], as well as positively affecting “the involvement of the attentional networks, and, likely, the cingulatecortex, particularly in the process of bare attention (ie, awareness without thought). This highest level of nonjudgmental awareness may help in obtaining a better-adjusted resilient self.” [9]

Meditating is one of the best things to help lengthen a short attention span for people of any age, similar to how physical exercise helps muscles increase their strength and endurance.

There was a study found that just a couple of weeks of meditating increased people’s focus and memory [10]. Another study stated that people who meditated regularly had longer attention span and performed better on a visual task than those that didn’t [11].

A review published that meditation even has the power to reverse brain patterns that lead to mind-wandering, poor attention, and worrying [12].

The best part is, it doesn’t even take that much time for the benefits of meditating to show. A study showed that just 13 minutes of meditation daily can show enhanced attention and memory retention after only 8 weeks [13].

Having trouble falling asleep is one of the most common nighttime issues that people face, and it can be caused by any number of reasons. Stress is most often the culprit, though. The cytokines mentioned earlier in this feature disrupt sleep and sleep patterns, and so meditation can help to relieve stress-sufferers from insomnia.

A study showed that people who used mindfulness-based meditation programs stayed asleep longer and had less severe insomnia than those who didn’t [14].

8. Volume changes in the brain

Meditation can physically alter the brain to make positive changes to it. A team at Harvard found that just eight weeks of mindfulness-based stress reduction (MBSR) increased cortical thickness in the hippocampus. This area of the brain is responsible for learning and memory.

MBSR was also found to increase other areas of the brain that contribute to emotional regulation as well as self-referential processing. There were also volume decreases in the amygdala which is where fear, stress, and anxiety are regulated [15].

Interestingly, the subjects self-reported exactly what the findings were before being told them, indicating that meditation doesn’t just change how the brain looks, but accompanying feelings and perception too. 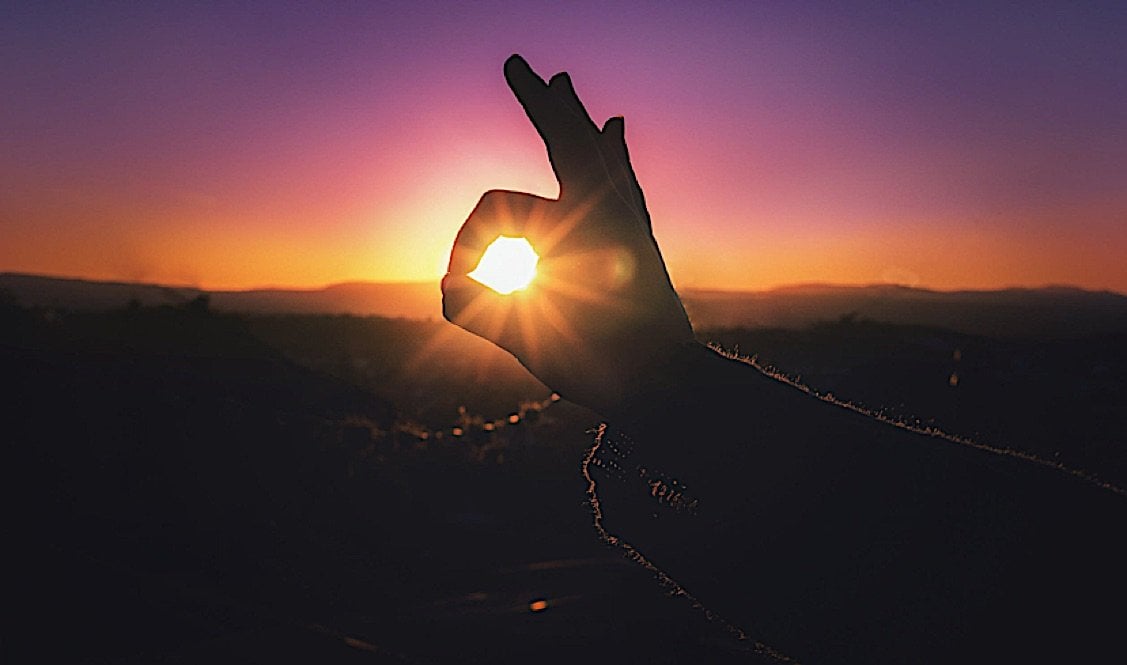 Since meditation has positive effects on the parts of the brain that govern self-control, it can be a powerful tool for those struggling with addiction. Meditation also helps a person to be more aware of the negative cycles that they partake in, and might therefore find it easier to break these cycles.

There was a study that had two groups of smokers try to quit smoking, either by learning mindfulness or by using the American Lung Association’s Freedom From Smoking (FFS) program. Those that learned mindfulness were more likely to have quit by the end of their training. In the 17-week post-study follow-up, they were more likely to have quit than those that used the FFS program [16]. 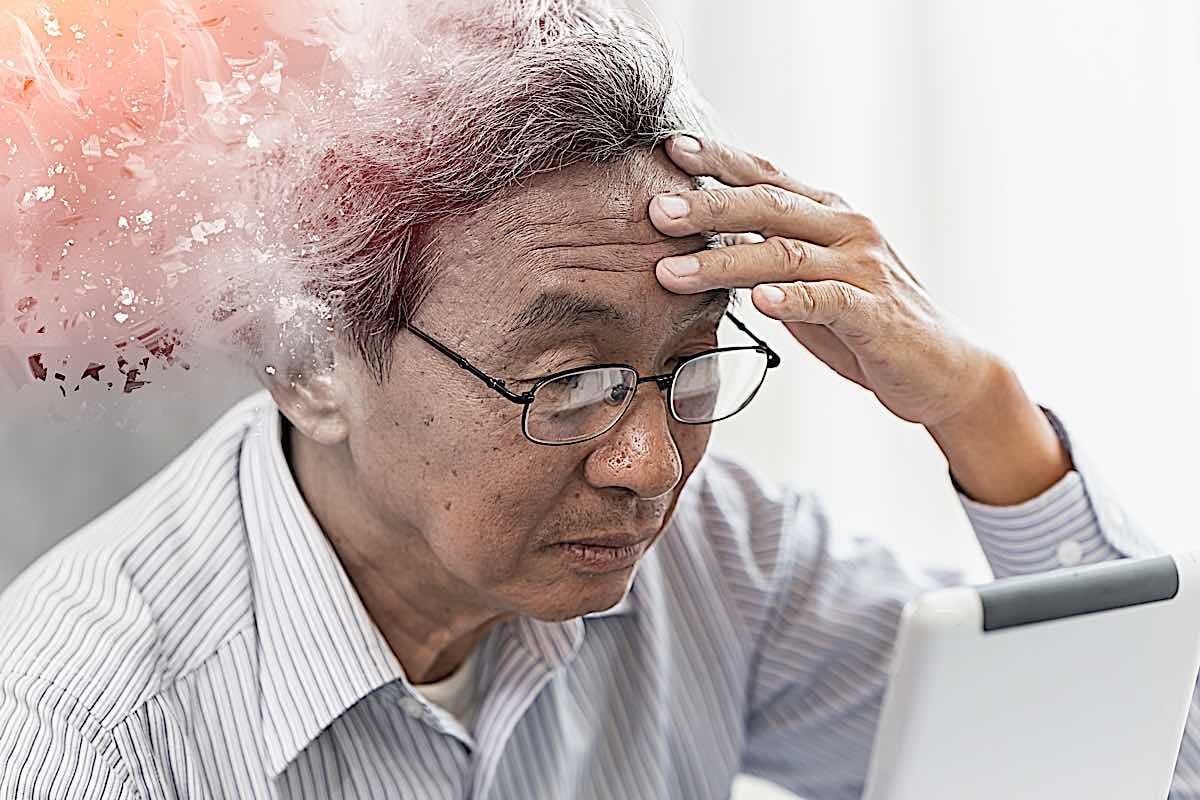 The improvements in clarity and attention can help keep a mind young. Many people who are more advanced in age have a tendency to rush through or over things, but meditation helps to teach them to remember to go through things with care and live in the moment.

These are just some of the ways that science has echoed what Buddhism has known for many years.
Meditation might be the single most impactful thing that a person can do for themselves if they wish to change their life for the better. The benefits of meditation are well-known and in modern times, well-proven scientifically.

Why do Buddhas and Enlightened Beings need offerings? The simple answer: they don’t. The better answer is…

Buddha Weekly Celebrates 10 Years of Publishing Buddhist Feature Stories, Teacher Interviews, and News: We Look Back at Our Successes and Failures

A Better Way to Catch a Snake Sutra: Buddha explains the danger of misinterpreting the Dharma