Peer-Reviewed Science of Meditation: There are At Least 10 Reasons to Meditate: From Boosting Your Immune System to Increasing Cognitive Function

In the last few years there have been many peer-reviewed research projects, studies and reports supporting specific benefits to the simple practice of meditation and — in most cases — explaining “why it works.” In this short feature, we’ve listed the top ten benefits — there are many more — with links to peer-reviewed research or credible papers supporting those benefits. (For how-tos on meditation, see related features at end of this feature.)

One breakthrough report in a medical journal, for example, concluded, “These findings demonstrate that a short program in mindfulness meditation produces demonstrable effects on brain and immune function.” [1] Conclusions such as these have led to treatment regimens for diseases such as Cancer and HIV, along with treatments for clinical depression and cognitive disorders such as Alzheimer’s.

The most commonly cited benefits of meditation (now all backed by peer-reviewed research) are:

Ten Minutes a Day for Better Health? We’re Conditioned to Resist “Good for You”

Ten minutes a day in soothing, calming meditation can bring ten health and cognitive/psychological benefits to your life and health. Yet the mantra of, “Give up ten minutes of TV a night, meditate instead” seems largely an unfulfilled aspiration with most people — like New Year’s resolutions. Good intentions die easily.

No one has ever argued that meditation is “bad for you” and intuitively we’ve always known it’s a good thing to do — if only to relieve stress. You could even say that we are “conditioned” to put off anything remotely “good for you.” We grab the fast food fries instead of a healthy salad. We try to bury our unhappiness and stress in an unending stream of diversions: television, fast food, booze, drugs. Then, when something bad happens — for example our doctor diagnoses us with a terrible condition — we bury that stress in more diverting entertainment, more alcohol and more fast food.

Arguably, a large part of Buddhist practice, is designed to sever our attachments to cravings — with the goal of escaping suffering — and also, to alter the conditioning of our minds and bodies for “healthier” routines. Meditation is a practice at the centre of this goal.

Did the great meditators of ancient times — Buddha himself, Buddhist yogis, yoginis, monks and nuns — have these benefits in mind as they taught mindfulness and visualization meditation? Perhaps not. Their goals weren’t health oriented, they were about achieving the ultimate goal of Enlightenment. And, remarkably, many of these yogis and yoginis lived very long lives. Today, however, Buddhist teachers do emphasize health and cognitive benefits — alongside the spiritual benefits.

In one study, peer-published in The Journal of Biobehavioral Medicine, the study specifically found: “that a short program in mindfulness meditation produces demonstrable effects on brain and immune function. These findings suggest that meditation may change brain and immune function in positive ways and underscore the need for additional research.”

In an important paper published in Psychosomtic Medicine, a report concluded “We report for the first time significant increases in left-sided anterior activation, a pattern previously associated with positive affect, in the meditators compared with non meditators.”

Even more significant, as flu season arrives: “We also found significant increases in antibody titers to influenza vaccine among subjects in the meditation compared with those in the wait-list control group. Finally, the magnitude of increase in left-sided activation predicted the magnitude of antibody title rise to the vaccine.”

The report concluded, “These findings demonstrate that a short program in mindfulness meditation produces demonstrable effects on brain and immune function.

The methods and results are profound and hard to ignore:

Doctors and Psychiatrists have both recommended mindfulness meditation for pain modulation for many years. Supporting these professional recommendations are numerous peer-reviewed studies, including a comprehensive US National Library of Medicine filed paper, “Brain Mechanisms Supporting Modulation of Pain by Mindfulness Meditation.” [2]

Interestingly, the paper abstract begins with “For centuries, meditation has been thought to influence such processes by enabling non-evaluative presentation of sensory events” but then goes quantitatively further in its conclusions:

“After four-days of mindfulness meditation training, meditating in the presence of noxious stimulation significantly reduced pain-unpleasantness by 57% and pain-intensity ratings by 40% when compared to rest. A two factor repeated measures analysis of variance was used to identify interactions between meditation and pain-related brain activation. Meditation reduced pain-related activation of the contra lateral primary somatosensory cortex.”

Several other factors were also identified, including increased “activity in the anterior cingulate cortex and anterior insula” and “reductions in pain intensity associated with orbitofrontal cortex activation…”

All to say, it works.

Reduction of Inflammation, Especially for Arthritis and Cancer

One of the most common non-medicinal recommendations for Arthritis inflammation is mindfulness meditation. Following a similar principal to “decreasing pain”, the reduction of inflammation is actually actualized in the body at a cellular level. Oh, and with one very nice side effect: “reduction of loneliness.”

In a paper in ScienceDirect, the six report authors wrote: ” Results show those randomized to MBSR and HEP training had comparable post-training stress-evoked cortisol responses, as well as equivalent reductions in self-reported psychological distress and physical symptoms” [3]

People suffering from (or worried about) cognitive disorders such as Alzheimer’s, Parkinsons and old age in general should benefit from mindfulness meditation according to several studies.

In one the report authors studied “The underlying anatomical correlates of long-term meditation: Larger hippocampal and frontal volumes of gray matter.”

The report authors state that meditation is a widely known treatment option, but that little was known about its mechanism. They explain: “meditation practice has been shown not only to benefit higher-order cognitive functions but also to alter brain activity. Nevertheless, little is known about possible links to brain structure. Using high-resolution MRI data of 44 subjects, we set out to examine the underlying anatomical correlates of long-term meditation with different regional specificity (i.e., global, regional, and local).”

Basically, they found that mindfulness increased gray matter, with significant benefits for people with cognitive issues. ” We detected significantly larger gray matter volumes in meditators in the right orbito-frontal cortex (as well as in the right thalamus and left inferior temporal gyrus when co-varying for age and/or lowering applied statistical thresholds). In addition, meditators showed significantly larger volumes of the right hippocampus. Both orbito-frontal and hippocampal regions have been implicated in emotional regulation and response control. Thus, larger volumes in these regions might account for meditators’ singular abilities and habits to cultivate positive emotions, retain emotional stability, and engage in mindful behavior.” [7] Although they authors state “further analyses is necessary to establish the presence and direction of causal link between meditation and brain anatomy” the data never-the-less asserts the correlation.

In addition, meditation has been shown in studies to increase cortical thickness, associated to the areas of the brain focused on “paying attention.” One report stated: ” Brain regions associated with attention, interoception and sensory processing were thicker in meditation participants than matched controls, including the prefrontal cortex and right anterior insula. Between-group differences in prefrontal cortical thickness were most pronounced in older participants, suggesting that meditation might offset age-related cortical thinning. Finally, the thickness of two regions correlated with meditation experience.” [8]

Reduction of Stress and Increase in Happiness

Reduction of stress has always been a key benefit of meditation, intuitively understood. Never-the-less, there are numerous studies proving these benefits, which range from:

These studies are numerous and easily found in Google searches. 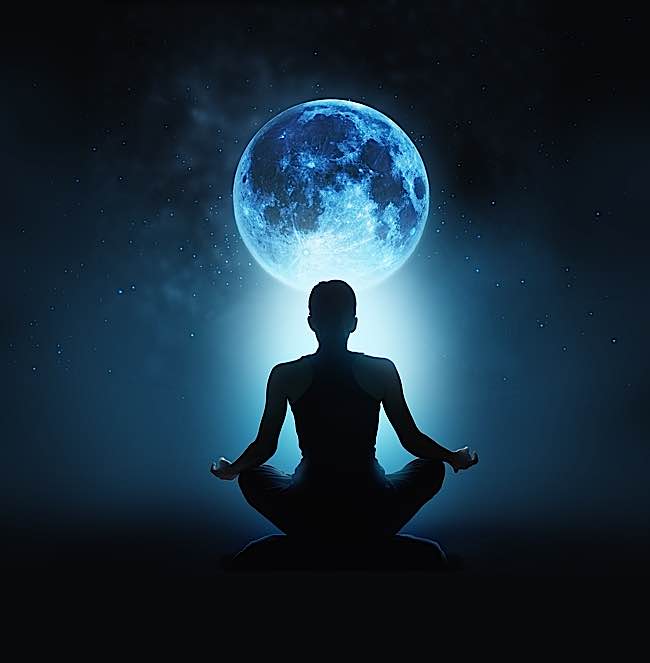 Emma Seppala, Ph.D wrote a short article that inspired this article, with her “20 Scientific Reasons to Start Meditating Today: New research shows meditation boosts your health, happiness and success! She lists an additional 10 reasons with links to research in support. [6]

She writes: ” Having witnessed the benefits, I devoted my PhD research at Stanford to studying the impact of meditation. I saw people from diverse backgrounds from college students to combat veterans benefit. In the last 10 years, hundreds of studies have been released.”

No doubt, over time, more and more benefits will be found. After all, it was through meditation that the Buddha achieved Enlightenment.

Please see some of our earlier in-depth features on “how to meditate”:

[5] “Workplace based mindfulness practice and inflammation: A randomized trial” – ScienceDirect

[8] “Meditation experience is associated with cortical thickness.” PMC US National Library of Medicine

Samatha meditation teaching: “Resting the mind in the natural state,” video of session 1 of a Mahamudra weekend retreat

Craving excercise? Like any attachment, vibhava-tanha, or the attachment can become an addiction

3 thoughts on “Peer-Reviewed Science of Meditation: There are At Least 10 Reasons to Meditate: From Boosting Your Immune System to Increasing Cognitive Function”