One of Buddha’s most profound teachings about the mind was that “Ignorance is the one thing with whose abandonment clear knowing arises.” Fundamentally, this teaching is that by clearing your mind of the clutter of delusion and misconception it carries, you can gain valuable insight about what is important both to you and to the world around you. One of the tools the Buddha promoted  for gaining this insight is the use of mindfulness. Almost all Buddhists practice mindfulness in some form and on some level.

Mindfulness is the act of truly engaging with the world around us, and the people living in it. Many people walk through life in a fog and don’t take the time out of their busy lives to engage with the beauty and wonder that they see every day. In one of his most famous teachings, the wise Thich Nhat Hanh said that:

“People usually consider walking on water or in thin air a miracle. But I think the real miracle is not to walk either on water or in thin air, but to walk on earth. Every day we are engaged in a miracle which we don’t even recognize: a blue sky, white clouds, green leaves, the black, curious eyes of a child—our own two eyes. All is a miracle.” This miracle is what sits at the very heart of practicing mindfulness.

The concept of mindfulness is one that has been around for centuries, but it is only recently that practicing mindfulness has been perceived as a popular and valuable thing to do in mainstream non-religious circles. Both inside and outside the practice of Buddhism, much has been made in recent years about the importance of mindfulness for spiritual, mental and even physical health.

The Impact of Mindfulness on Your Brain

All Buddhists respect and understand the impact that mindfulness, and mindful meditation can have on their spiritual health and wellbeing. For more than a decade, mindfulness has been accepted as a useful therapy for anxiety and depression, and success has also been found in adapting the teachings for addiction treatment and for the treatment of PTSD in returning military veterans. However, as more ordinary people are choosing to incorporate mindfulness into their everyday lives, extensive scientific research has been conducted on the impact that it can also have on your mental and physical wellbeing, particularly on the changes that it can cause in your brain. Brain imaging techniques have revealed that long term mindful practice can profoundly and significantly change the way different regions of the brain communicate with each other, therefore indefinitely changing the way our brain functions and the way that we think.

In one study, MRI scans were undertaken on individuals before and after they had completed an eight week mindfulness course. The study found that the amygdala (the part of the brain responsible for our ‘fight or flight’ reflex) shrank whilst at the same time the pre-frontal cortex (the part of the brain responsible for higher level thinking, such as decision making and awareness) became thicker and more developed.  As a result, the researcher leading the study, Adrienne Taren,  concluded that: “The picture we have is that mindfulness practice increases one’s ability to recruit higher order, pre-frontal cortex regions in order to down-regulate lower-order brain activity.” Effectively this means that when we practice mindfulness, our more primal responses to stress (such as our fight or flight reflex) seem to be superseded by more thoughtful responses and higher level desires and understanding.  It is clear then why those individuals suffering from anxiety, depression and PTSD (disorders where the prevalence of the fight or flight reflex is high) would find the practice of mindfulness such a beneficial treatment for their condition.

The Physical Changes Mindfulness Can Lead To

Practicing mindfulness has been shown to have an impact on physical health too, as well as on spiritual and mental health. Fascinating studies have been undertaken to show that, whilst obviously not able to cure the conditions, mindful practice can significantly reduce the symptoms of conditions such as irritable bowel syndrome, cancer, HIV and tinnitus. Several studies have been conducted exclusively with breast cancer survivors, and found that self-reported stress, medical symptoms, and depression were all significantly lower in the control group that had incorporated mindfulness practices  into their treatment plan. In a separate study of patients with the same condition, Lengacher and colleagues found that in a  randomized controlled trial comparing a 6-week mindfulness treatment programme to a more conventional medical-focused  care programme, there were statistically significant differences in the two groups. The group that had had the mindfulness based treatment presented with lower depression, anxiety, and fear of recurrence (from a mental health point of view) as well as higher energy and physical functioning in physical terms. It is clear then that mindfulness can have significant benefits to those suffering from long term health problems, and is certainly something that all patients could consider adopting as part of their self-care. Mindfulness can be done independently with very little training or expense required, meaning it is something everyone can become proactively involved in for their own benefit, as well as to benefit the world around them.

The effects of mindfulness are truly exciting, and it is fascinating to see the practice move away from being considered to have simply spiritual value (though the value of the spirit should not be under appreciated) and into something whose value (whilst long understood and acknowledged by Buddhists) is now being supported by science and clinical evidence. 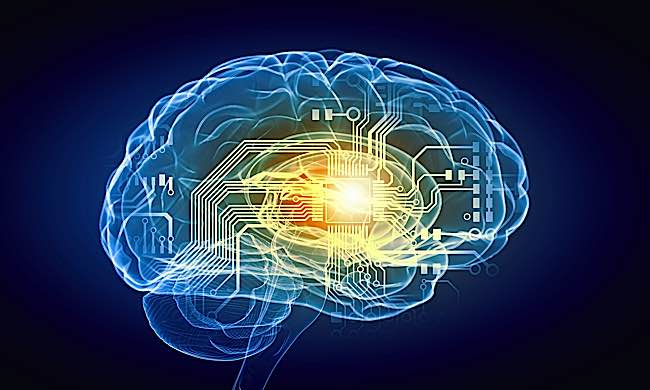 “The science of mindfulness”, Mindful.org, https://www.mindful.org/the-science-of-mindfulness/

Meditation 101: Practices, Postures, and Pretty Much Everything In Between, https://fitnessgoat.com/meditation-101/

“How mindfulness is working its way into my life…and into addiction treatment”,  Rehabs.com, https://www.rehabs.com/pro-talk-articles/how-mindfulness-is-working-its-way-into-my-life-and-into-addiction-treatment/

“What does Mindful Meditation do to your brain?”, Scientific American, https://blogs.scientificamerican.com/guest-blog/what-does-mindfulness-meditation-do-to-your-brain/

“The mindfulness of breathing”, The Buddhist Centre, https://thebuddhistcentre.com/text/mindfulness-breathing