Peacemaking Buddhism: importance of Ahimsa “Non-Harm” in Buddhism — “Nonviolence is the weapon of the strong.”

“Monks, even if bandits were to sever you savagely limb by limb with a two-handle saw, he who gave rise to a mind of hate towards them would not be carrying out my teaching” — Shakyamuni Buddha [4]

The word “Ahimsa” is from the Sanskrit language and means ‘non-harm/injury’ and is commonly translated into English as “non-violence”. It is a doctrine in the four Indian religions of Buddhism, Hinduism, Jainism and Sikhism and is defined by the Encyclopaedia Britannica as “the ethical principle of not causing harm to other living things.”[1]

‘To undertake the training to avoid taking the life of beings. This precept applies to all living beings not just humans. All beings have a right to their lives and that right should be respected.’[2]

The Buddha also taught us to show love and compassion to others in place of hate and violence, and not just love for our friends but equally for our enemies, or those who seek to do us harm. One cannot become enlightened without compassion; killing is the fundamental opposite of compassion. The only exception might be — in the opinions of some — a mercy killing such as euthanasia for terminally suffering beings, or defending another innocent being from harm. But when I refer to killing, I am referring principally to war, murder and killing.

The Buddha spoke about non-violence in many sutras, some of which I list below. The Buddha taught through his activities and actions as much as through his words.

In the Dhammapada for example, the Buddha says:

A ‘Brahmin’ is a member of the highest and priestly caste of Hinduism, The Buddha rejected the caste system; what he is declaring here is that the “Superior caste” — the Brahmin — is one who doesn’t kill and isn’t hostile to anyone, rather than someone born into the caste.

There are countless passages in Sutra, where the Buddha is even more explicit — that killing is wrong even where it looks like there is no other choice.

“Monks, even if bandits were to sever you savagely limb by limb with a two-handle saw, he who gave rise to a mind of hate towards them would not be carrying out my teaching”.[4]

This statement seems to be the most extreme form of non-violence possible. The Buddha is clearly saying here that even if someone is killing you, hating him would be contrary to the Dhamma. To many non-Buddhists and maybe even some Buddhists themselves, this seems illogical. How can one not hate — and not only that, have compassion for — someone who is hurting them, or who wants to kill them? But in order to do this, it would obviously require the highest compassion. How should Buddhists react to people such as killers?

It is clear from the teachings of the Buddha mentioned above, that Buddhists should embrace non-violence towards others and condemn killing and harming others as something terrible that will also result in bad karmic consequences for the killer.

The story of Angulimala is one of the most famous in the Buddhist cannon and one of the stories I believe that we can learn most from to apply to today’s world. Angulimala became a serial murderer, killing innocent people and terrorising many others. He chopped off their fingers and made them into a necklace and thus became known as “Angulimala” (translates as Finger Necklace).

He was a wanted criminal by the state, killer of 999 people. He was someone who was viewed as irredeemable evil, with no hope that he could become better. The Buddha refused to believe this and went to talk to Angulimala, even though he was warned by almost everyone not to do so. Angulimala saw the Buddha coming and ran towards him in waving a knife. However, no matter how fast he ran, and even though the Buddha was walking at his normal pace, Angulimala couldn’t catch up to the him. He eventually called out to the Buddha to stop.

“I have stopped Angulimala, you stop too,” Buddha replied.

Angulimala asked how it was possible since the Buddha was still walking. Buddha famously replies:

Angulimala relents and realising the error of his ways, he takes refuge in Buddha, and becomes a monk. He changed his name to “Ahimsaka” (non-violent one) to reflect his new identity and change of heart.

Ahimsaka’s life as a monk is far from easy. Often, when he went for alms he was attacked by people who remembered him and what he did in his former life. However, he takes all this as it comes and does not retaliate towards his attackers. The Buddha tells him that this is the result of his actions and that him being attacked is his karmic debt being paid off. Ahimsaka later became enlightened and became an arhat, after years of purifying the negative karma of his violent past.[5]

Although the story of Angulimala teaches us many things, its main point is that no one is inherently evil and that no one is beyond redemption. The Buddha challenges someone who practices extreme violence with non-violence and wins. As the King admits, his armies had not been able to beat Angulimala with violence but the Buddha had done it with compassion. As Indian Peace Activist Satish Kumar writes:

“The real challenge is to talk to those who are violent, those who disagree, those who oppose and who intend to harm. External violence is only a symptom, a manifestation of some deeper cause. Only in dialogue can the perpetrators of violence and the victims of violence discover its root cause. And find ways to heal the discord.”[6]

From this story of Angulimala — and many other similar stories — it is clear that Buddhists must avoid killing and creating suffering. Equally, we should not hate someone who creates our suffering. We might object and disagree with the negative action, but we should view all sentient beings as redeemable.

Because of these teachings, for example, (in my opinion) Buddhists should also be against the death penalty because it goes against the principle of Ahimsa. I, as a Buddhist, of course think that criminals and wrong-doers should be imprisoned to pay for their crimes, in the same way that Angulimala had to pay for his. Some criminals end up being forgiven by the families of their victims and end up making up for their actions. They must have at least the chance to do this and from a Buddhist perspective, repay their karmic debt.

What to do about war and soldiers?

“Of course, war and the large military establishments are the greatest sources of violence in the world. Whether their purpose is defensive or offensive, these vast powerful organizations exist solely to kill human beings. We should think carefully about the reality of war. Most of us have been conditioned to regard military combat as exciting and glamorous — an opportunity for men to prove their competence and courage. Since armies are legal, we feel that war is acceptable; in general, nobody feels that war is criminal or that accepting it is criminal attitude. In fact, we have been brainwashed. War is neither glamorous nor attractive. It is monstrous. Its very nature is one of tragedy and suffering.”[1]

As the Dalai Lama also says later on, the vast majority of soldiers join to defend the country, or establish themselves in a good career — not to kill. In short, soldiers join with good intentions. Therefore, it is unacceptable to claim that soldiers are somehow responsible for murder. Buddhists are against killing and war — not the people fighting the wars.

Non violence is still an action — with positive karmic results

Why is this concept so important? Because, refraining from killing isn’t enough. Reducing suffering of others also requires “action” — karma in Sanskrit. If we are to decrease suffering, we cannot let injustice continue unopposed. Therefore, non-violent resistance against oppressors, aligns best with Buddhist teachings. In the sixties, this might result in a “sit in protest” against war, or the civil rights movement. Today, we might think of the Occupy movement.

Ahimsa has been a part of Buddhist tradition since ancient times. In modern times, Ghandi made the concept famous.

Ahimsa is one of the greatest gifts from India to the rest of the world taught by the Buddha, Mahavira of the Jains, Guru Nanak of the Sikhs and the ancient sages of the Hindu tradition. 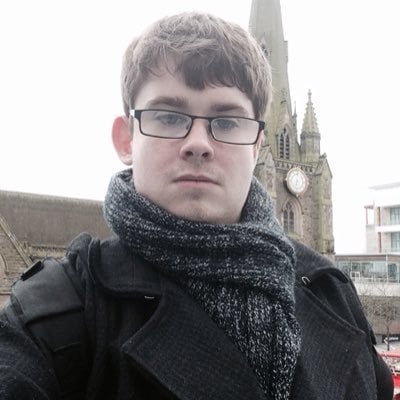 [7]The Dalai Lama ‘The Reality of War’ at https://www.dalailama.com/messages/world-peace/the-reality-of-war [Accsessed 21st April 2018] 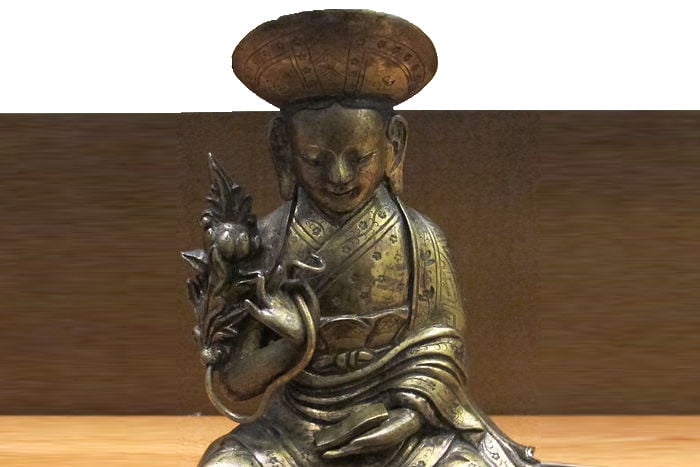 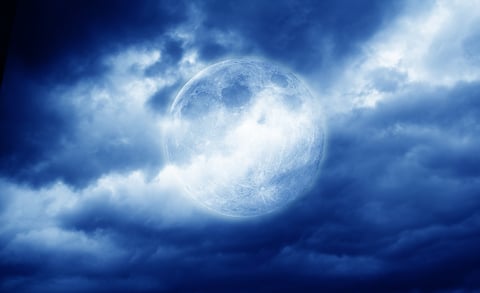 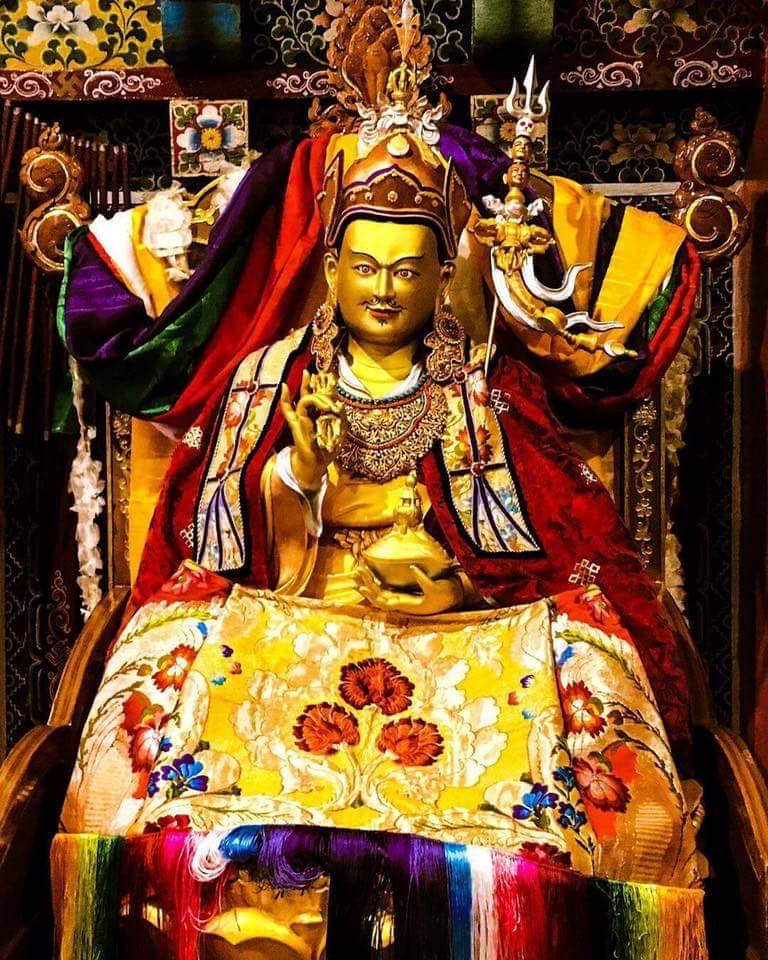 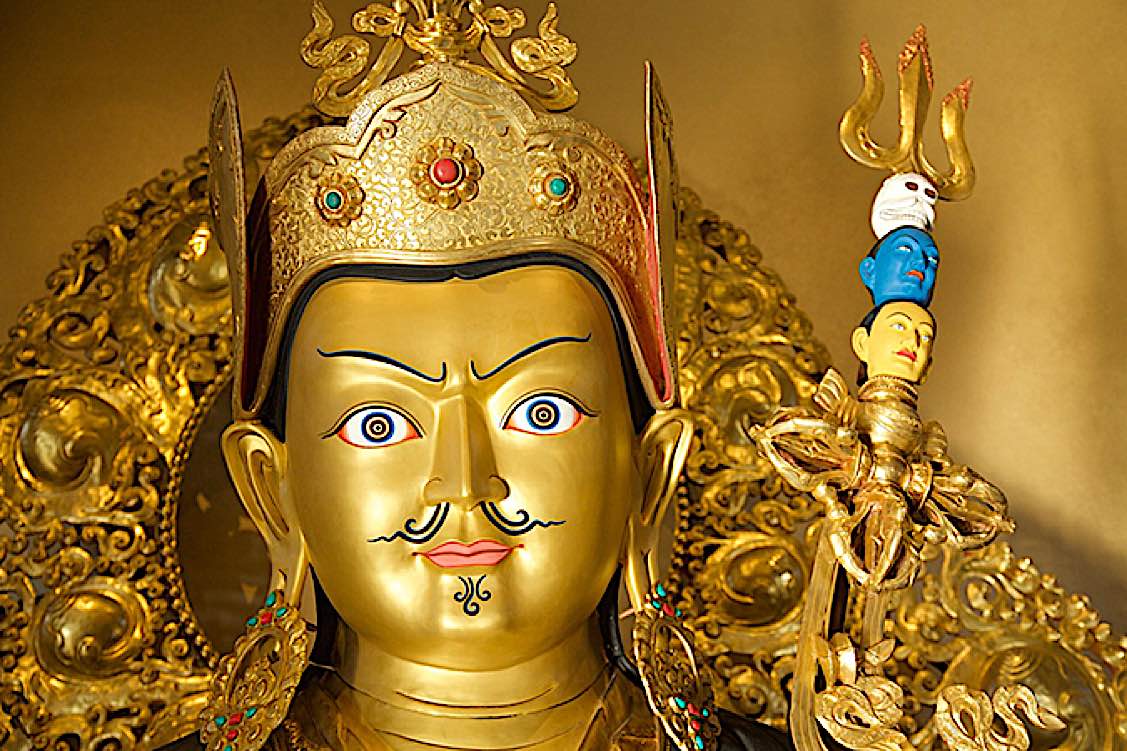 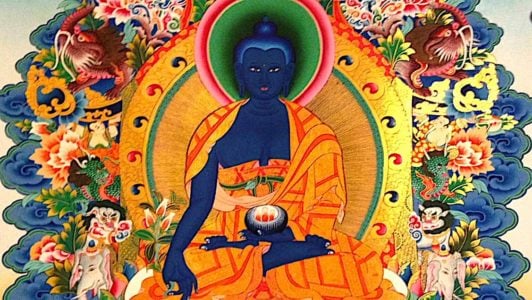 This is the Great Happiness: Mangala Sutta, The Sutra on Happiness, the Tathagata’s Teaching

Dogen, Satori, and the personal experience of enlightenment in Soto Zen: impermanence, emptiness, Zazen and “Being Time”

The Quantum Buddha Guru Rinpoche Padmasambhava: the Second Buddha who turned the Vajrayana Wheel of Dharma

1 thought on “Peacemaking Buddhism: importance of Ahimsa “Non-Harm” in Buddhism — “Nonviolence is the weapon of the strong.””