The Great Zen Master Thich Nhat Hanh passed away at age 95 — his message of peace shook the world.

The great teacher, Bodhisattva and scholar, Thich Nhat Hanh — who shook the world with his message of peace — has passed away at 95, “at his home in the Tu Hieu Temple in Hue, Vietnam”, announced by Plum Village.

“The International Plum Village Community of Engaged Buddhism announces that our beloved teacher Thich Nhat Hanh passed away peacefully at Từ Hiếu Temple in Huế, Vietnam, at 00:00hrs on 22nd January, 2022, at the age of 95.”

Beloved by many around the world, the great man of peace will live on in our hearts, a genuine Bodhisattva who brought love and compassion to our world.

He famously encouraged what he called “engaged Buddhism” — the activities of peace and a Bodhisattva in daily living.

Examples of his “engaged Buddhist” living in real life practice — from the Plum Village website:

“In recent years Thich Nhat Hanh led events for members of US Congress and for parliamentarians in the UK, Ireland, India, and Thailand. He has addressed the World Parliament of Religions in Melbourne and UNESCO in Paris, calling for specific steps to reverse the cycle of violence, war and global warming. On his visit to the US in 2013 he led high-profile mindfulness events at Google, The World Bank, and the Harvard School of Medicine.”

Previous features in Buddha Weekly on the great teacher:

To read a wonderful life story of the great teacher, see his biography on the Plum Village website:

“Zen Master Thich Nhat Hanh is a global spiritual leader, poet, and peace activist, renowned for his powerful teachings and bestselling writings on mindfulness and peace. A gentle, humble monk, Dr. Martin Luther King, Jr. called him “an Apostle of peace and nonviolence” when nominating him for the Nobel Peace Prize. Exiled from his native Vietnam for almost four decades, Thich Nhat Hanh has been a pioneer bringing Buddhism and mindfulness to the West, and establishing an engaged Buddhist community for the 21st Century….”

From the biography: “Under Thich Nhat Hanh’s spiritual leadership Plum Village has grown from a small rural farmstead to what is now the West’s largest and most active Buddhist monastery, with over 200 resident monastics and over 10,000 visitors every year, who come from around the world to learn “the art of mindful living.”

Plum Village welcomes people of all ages, backgrounds and faiths at retreats where they can learn practices such as walking meditation, sitting meditation, eating meditation, total relaxation, working meditation and stopping, smiling, and breathing mindfully. These are all ancient Buddhist practices, the essence of which Thich Nhat Hanh has distilled and developed to be easily and powerfully applied to the challenges and difficulties of our times.

In the last twenty years over 100,000 people have made a commitment to follow Thich Nhat Hanh’s modernized code of universal global ethics in their daily life, known as “The Five Mindfulness Trainings.”

I have personally read almost all of Thich Nhat Hanh’s amazing books. Every single one of them deserves a space on the Buddhist’s library shelf (or Kindle library). He not only had a brilliant way with words, he conveyed a serene sense of love and compassion in every paragraph. His translations of Sutras are among the best anywhere. His books are also hands-on practical, not just spiritual wisdom.

Some of my favorites — including my absolute favorite “Awakening of the Heart” include (these are Amazon links):

Note: The above is from my personal reading list and are affiliate links (you don’t pay more, but BW may have a small commission). You can also lookup his entire library of publications (vastly larger than this list) at his author page on Amazon>>

Walk With Me: Movie

A wonderful tribute to Thich Nhat Hanh’s great life was a recent film “Walk With Me”: 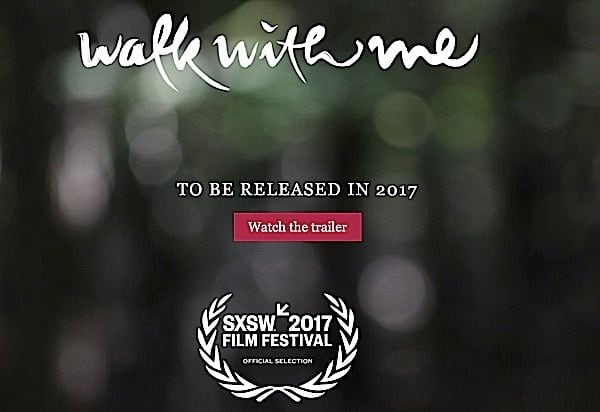 Meeting Green Tara Face-to-Face: How to Visualize the Deity by Artist and Teacher Jampay Dorje

Mindfulness and meditation daily: tips for making it a healthy habit