Old Path White Clouds: Walking in the Footsteps of the Buddha is about as close any of us will get to actually simulating what it felt like to live alongside and learn from the greatest teacher of all tilme. This book is as much an experience as a classic book.

There are many great English translations of much of the Pali Canon — most of it freely available online — making the great teachings of the Buddha highly accessible. Although there have been many “narrative collections” — and even one or two “novelizations” — of Buddha’s life and teachings, only one really stood out for me over the years. I first read Old Path White Clouds: Walking in the Footsteps of the Buddha years ago. I consider this a classic and I return to it often, probably annually, and I realized I’ve never reviewed this timeless book. If you haven’t added this to your library, or your ebook library, here’s why I think you should consider adding it. (It’s worth noting that this priceless book has a collective average 4.8 stars out of 5 rating on Good Reads with 2505 reviewers. That’s saying something.)

It’s difficult to characterize Old Path White Clouds: Walking in the Footsteps of the Buddha, by Thich Nhat Hanh. It’s an older book (1987) that didn’t get as much attention as some of his other books, but it’s worth a look for anyone who hasn’t read it, or someone starting out in Buddhism, or someone who want a modern-day approachable version of Sutta teachings.

Is it a novelization of Buddha’s life and teachings — as has been unsuccessfully attempted a few times (unsuccessfully, at least from the point of view of sutta authority of teachings) — or is it a non-fiction “biography” style narrative, or is it a collection of the Suttas, or is it something else? Mostly, it’s something else. It reads like a novel, certainly, but carries the full weight of credible teachings from the Suttas, wound together into a narrative from one of Buddha’s monks — who we first meet as a boy “untouchable” in India. 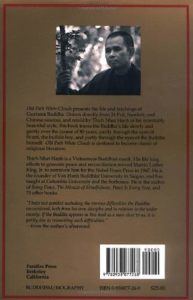 I suppose it takes a great teacher, who can speak with authority (as opposed to a scholar or a novelist), to carry this off. Across 600 pages, each time I read, I find myself nodding and smiling and learning and making notes.

Written in a clear, simple, approachable style, Thich Nhat Hanh has achieved a blend of “engaged” and enjoyable read with purity and authority of teaching. Limiting his narrative to the Pali Suttas, even though he is a Zen (Mahayana) teacher makes the book unversally appealing. The choice of winding the sutta content into a narrative story-line is not new, but here, it is masterfully crafted.

Perhaps the concepts of “enjoy” and Sutta are not meant to go together; after all, we speak in Sutta of the twelve links of Dependent Co-Origination and the downsides of emotional attachment. Still, a certain level of enjoyment is needed in a read of Sutta for the average student. This book is NOT fo scholars and probably not for teachers, but it’s wonderful for most students. Thich Nhat Hanh strikes that needed balance of “modern engagement” and “authority” of teachings.

In the extensive Appendix, Thich Nhat Hanh lists the many sutras he incorporates into the narrative. He writes,

“In researching and writing this book I have drawn almost exclusively from the texts of the so-called “Lesser Vehicle,” purposely using very little from Mahayana texts in order to demonstrate that the more expansive ideas and doctrines associated with Mahayana can be found in the earlier Pali Nikayas…”

No miracles, plenty of profound wisdom

Thich Nhat Hanh limited the narrative to the older Pali Sutta and avoided “miraculous” events that are layered into some stories.

A quick look at the contents (below) reveals that all the key teachings are contained in his wonderful narrative work. Although it is true that some liberties are taken in the connecting narrative — in terms of adding “dialogue” to the characters who interact with the Buddha — that is devised to make this a cohesive story — the actual Sutta content is sincerely and properly presented in modern, approachable language.

The Vast scope: but a fast read

I have copies of nearly all translated sutta in English. It would be a daunting task to work through them all, as I have been trying to do over the last few years. The Suttas are priceless, and perfect, and engaging, but they were written centuries ago. Which is why I frequently return to this book. Thich Nhat Hanh presents most of the most important teachings in a narrative style that pulls you through the entire body of teachings in days, not weeks. This will never replace sutta, but it’s a wonderful introduction.

A quick summary of the book reveals just how powerful the content is from a modern-practice point of view.

In the first chapter, the narrative character Svasti meets the Buddha in Uruvela village. It’s worth noting that Svasti becomes an important narrative glue to the overall narrative. For those who have studied Sutta, the titles of the chapters below will be enough to demonstrate how comprehensive this narrative is: 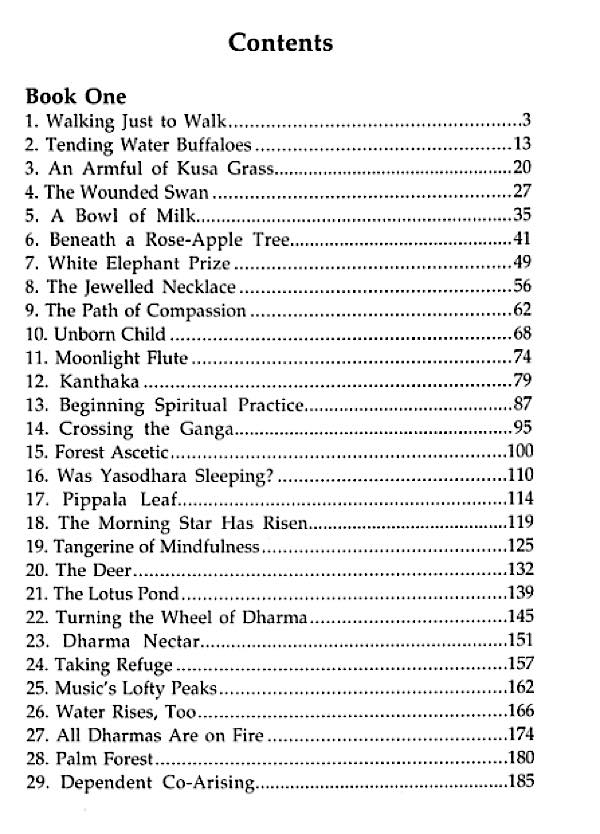 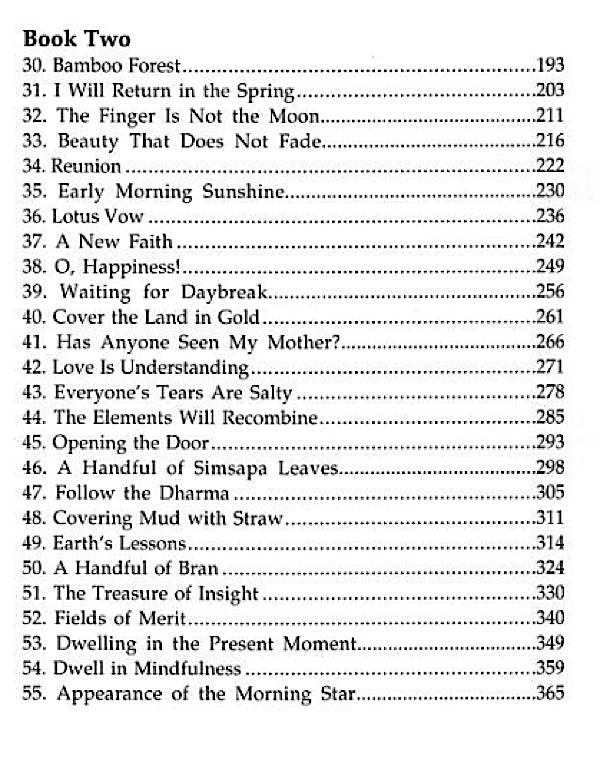 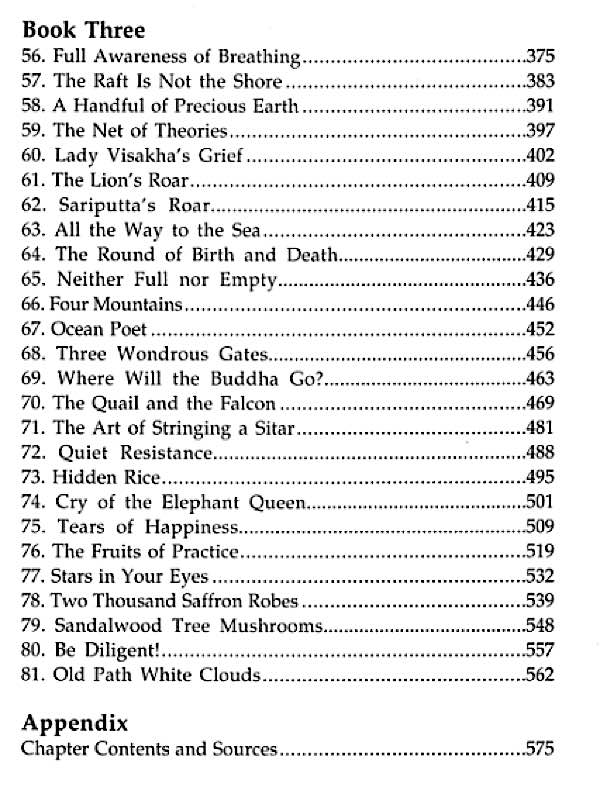 Mandala Offering: offering “everything to the Buddha” — purify karma and accumulate merit daily

What is Buddhist Prayer: a wish, an activity, an aspiration, an act of love, a form of meditation?