Preparing for Losar and Lunar New Year 2023, Year of the Water Rabbit. May All Beings be Happy!

Lunar New Year is celebrated in many countries around the world — as Losar or the Tibetan New Year, and as Chinese New Year, or just as “lunar” new year. Most special occasions in Buddhism align with the lunar calendar. Due to differences in calculation, the Tibetan lunar new year is 30 days later than the Chinese lunar new year (since the Chinese calendar is adjusted, or a “luni-solar” version.)

This year, Losar is on February 21, 2023, the year of the Water Hare — year 2150 in Tibetan calculations. Chinese New Year is earlier, on January 22, 2023. By either system, it signals a change in fortunes for many. Among the most important days of the year in the Buddhist calendar are the 15 Days of Buddha’s Miracles, which commence on Losar (New Years) and span the first 15 days of the lunar new year.

Losar, the Lunar Tibetan New Year, is a day of festivities, celebrated around the world by Tibetans, Tibetan Buddhists and their friends and families. It is one of the biggest holiday events in China, likewise celebrated for many days.

It represents new beginnings, fresh start, and an opportunity to bring in auspiciousness for the new year. For this reason, purification practices are recommended prior to the New Year!

By either Chinese or Tibetan lunar calendars, this is the year of the Water Rabbit (or Water Hare). Celebrations begin on New Year’s Day in Chinese lunar tradition, January 22, 2023, but last for ten days or more as people visit their relatives to wish them well. In Tibetan Losar custom, the activities begin up to one month earlier (than Losar, which this year is Feb 21), since it is customary to undertake purification practices, such as Vajrsattva or Yamantaka prior to the New Year. This is to ensure we enter the new year with no “negative baggage” such as ripening negative karma, obstacles or obscurations.

Chanting at least 108 (minimum) Vajrasattva mantras prior to the New Year is often recommended, or ideally 108 every day for 10 days prior, or as many as you are able. An easy way to accomplish this is to chant along with Hrishikesh Sonar’s beautiful Sanskrit mantra (includes visualizations):

In both traditions, it is important to make offerings to the Buddha, Bodhisattvas, Dharma and Sangha on New Years. This is why temple visits and “generosity” to the Sangha — especially monks, nuns, rinpoches, teachers, and temples or gompas. The purification (such as Vajrasatttva practices) removes negative karmas, while the offerings ensure auspicious merit in the new year.

Before the New Year for lay Buddhists

Traditionally, celebrants will prepare for Losar by cleaning their houses (sweeping away the misfortunes of the previous year.) Serious Buddhists often undertake Vajrasattva or other practices either the day before — or if undertaking retreat or serious practice, up to 30 days before.

About Vajrasattva  (documentary and mini-guided meditation):

Buddhist monasteries and gompas will perform rituals on this last day, the famous mask dances, which symbolically drive away the negative forces of the old year.

Traditionally, a person should not clean their house for the first few days of Losar to symbolically preserve the luck. Serious Buddhists might spend the last five or more days on purification practices such as Vajrasattva and Vajrakilaya. There will often be protector pujas, for example to Palden Lhamo, the great protectress of Tibet and the Dalai Lama. [More about Palden Lhamo here>>]

New Years Celebrations — Bringing in the Luck of the Water Rabbit

If you are fortunate enough to be in an area with a Tibetan temple or Gompa, there are likely colourful and beautiful celebrations planned — although this year they will likely be streamed or remote events. To help bring in the luck of 2023, the Year of the Golden Ox consider attending and supporting the temple online with a significant donation for merit (good karma). These events might include rituals but are also as likely to include festive performances.

The first three days of Losar or Chinese New Year, are the most important. The first day is usually for immediately family, the second day for visiting friends and relatives, the third day is for prayers and giving (donating to monks, nuns or temples) — although customs vary widely.

Not only do you get to party, you are encouraging the good fortune and merit for 2023! One important tradition includes hanging new prayer flags, Wind Horse flags, which carry the good wishes to all corners of the earth on the winds.

The second day of Losar is gyal-po losar (King’s Losar) and tends to be more secular in nature. Throughout these first few days, people might visit friends and families, wishing them well, and enjoying food and feasts. Of course, it’s a time for dancing, partying and entertainments. Displaying the eight auspicious signs of the Buddha is a good way to bring auspiciousness home (either printed out from your laser printer and hung up, or more elaborate displays).

Feng Shui and bringing in the Auspiciousness

In Chinese New Year, we often pay attention to Feng Shui to ensure maximizing our “auspiciousness” in the New Year — it can’t hurt, right? According to the site, Chinese Zodiac (on their Year of the Rabbit page, found here>>):

“Don’t forget about incorporating feng shui into your life in the Year of the Water Rabbit. According to feng shui experts, the Water element is associated with the North sector of your home or office, so activating this area with elements such as a water feature or a blue and black color scheme can bring the positive energy of water into your space.

Additionally, the Rabbit is associated with the element of wood, which represents growth and new beginnings, so incorporating wooden elements or the color green can also bring that energy into your space.”

Happy Chinese New Year, and Tashi Delek from your friends at Buddha Weekly! 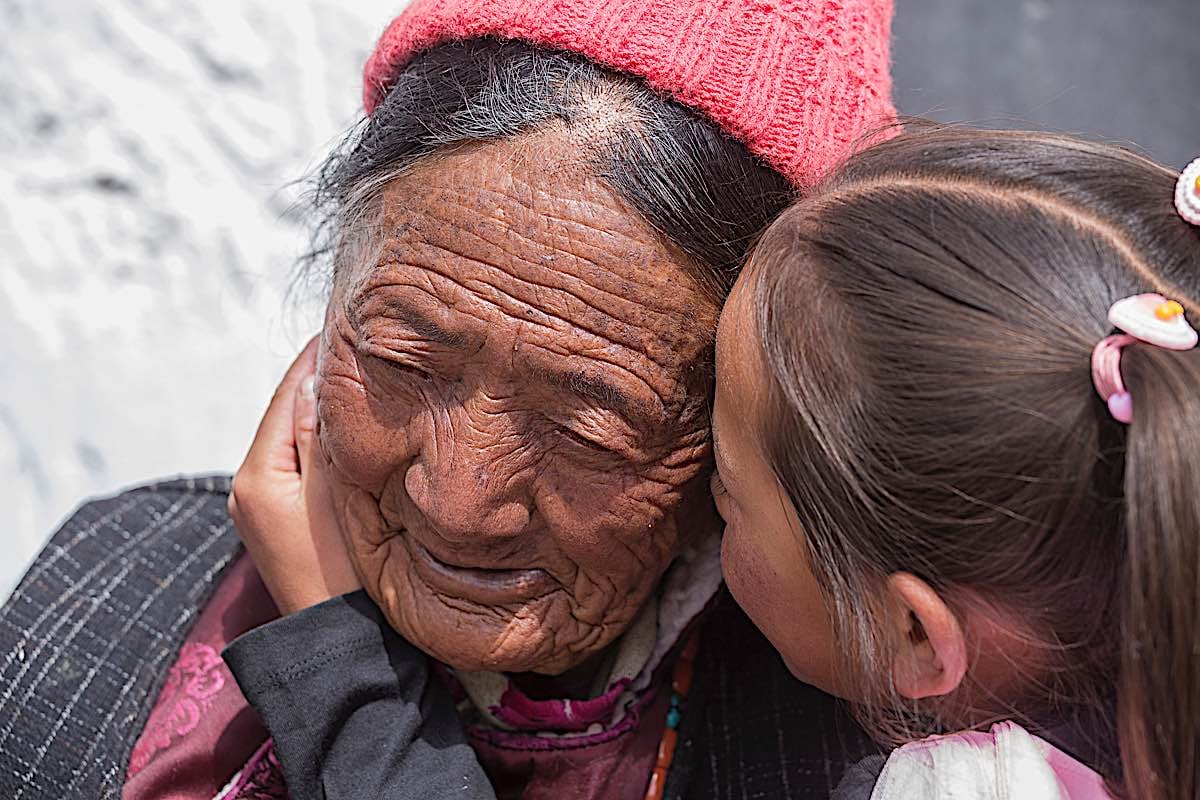 “Torches That Help Light My Path”: Thich Nhat Hanh’s Translation of the Sutra on the Eight Realizations of the Great Beings

Dealing with the Monkey King: Meditation Techniques for People With Unsettled Monkey Minds

Painter and digital Thangka artist Jampay Dorje aims to bring “Thangka painting into a modern era” with spectacular art, lessons for students, and a life-long project to illustrate all of the 11 Yogas of Naropa

Dog and Cat Dharma: Did Buddha Teach That Dogs and Cats Have Buddha Nature? How Can You Help Your Companion Meet the Dharma in Daily Life?

The Science of Mantras: Mantras Work With or Without Faith; Research Supports the Effectiveness of Sanskrit Mantra for Healing — and Even Environmental Transformation

Celebrating Lunar New Year! Happy Year of the Tiger: roaring back for 2022. Wishing you every auspiciousness!