Verbal recitation of Suttas and Sutras is a powerful, profound practice — especially if recited in Pali or Sanskrit. Many teachers recommend trying to recite and read in the original transcribed language, in the language the Buddha spoke. Reading in this way, you can visualize yourself listening to the Buddha. To illustrate the importance, novice Buddhist monks begin their training with recitations of Suttas in Pali, even if they don’t immediately understand.

For modern Buddhists, it can be difficult to comprehend or recite in Pali dialect — the language of the Buddha. [In the case of Tibetan Buddhist texts, try to read in Tibetan.] The very first Buddhist teachings were, of course, passed on orally, until followers began to transcribe them into the various Indo-Aryan languages, including Pali, Gāndhārī, and the complex variety of Sanskrit. 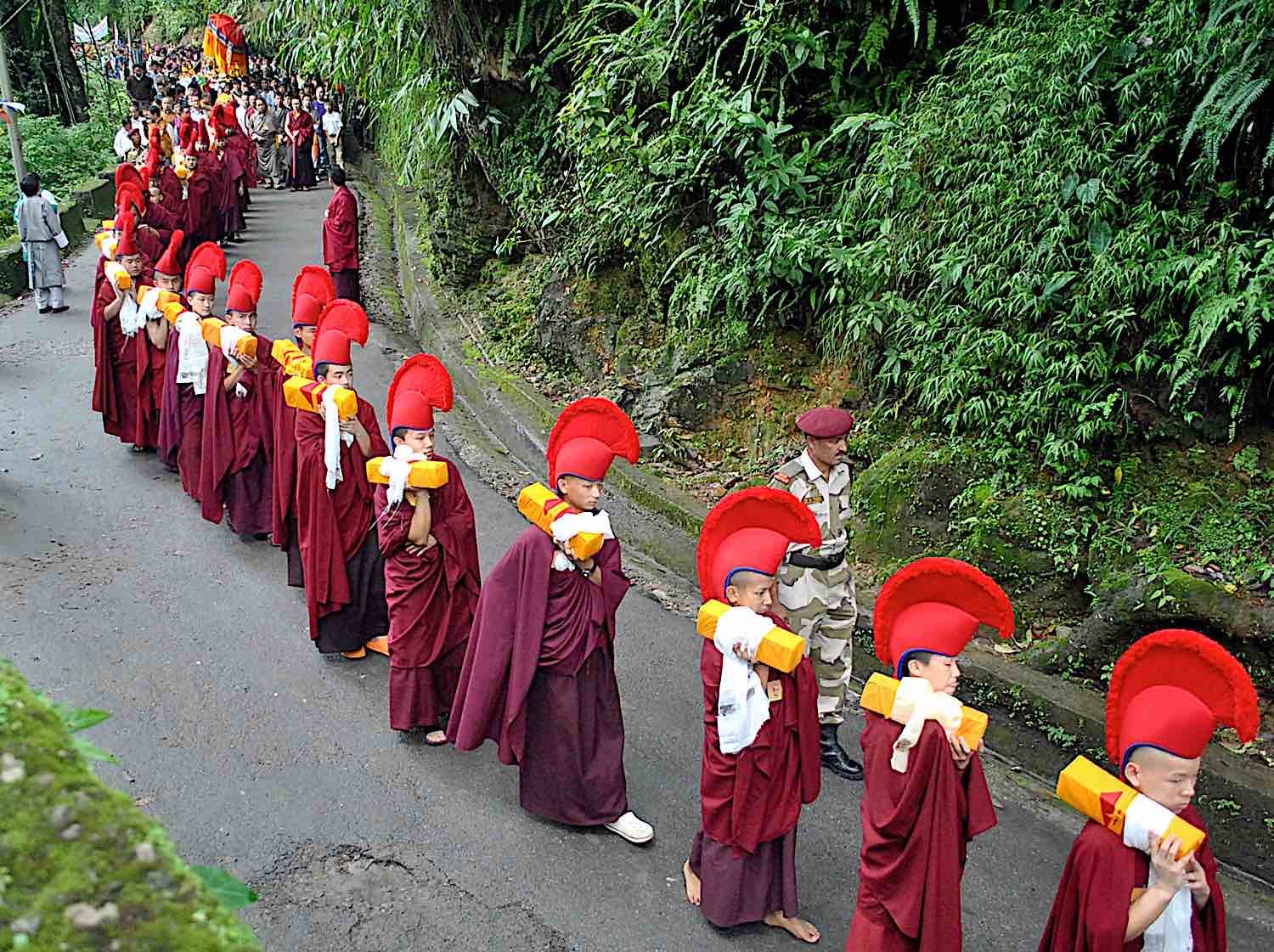 In Buddhism, the Three Jewels are Buddha, Dharma and Sangha. Dharma is considered the most precious, the living words of the Buddha. In Tibet, the texts are so sacred there are ceremonies for formal carrying of Buddhist Texts. Here, the celebrants carry texts on their shoulder with reverence. Photo by Bishal Cintury.

The Language of Wisdom

While it is only natural to do our best to understand Buddha’s words, taking the extra effort to read and recite in the original language can be meditative and illuminating. This goes beyond the benefits of comprehension of the linguistic aspects.

Learning a sacred language can be a personal journey. Like any spiritual practice, the most important virtue is patience. Take your time and explore the sacred texts — line after line — not only seeking the translated meaning, but going deeper into the underlying messages. 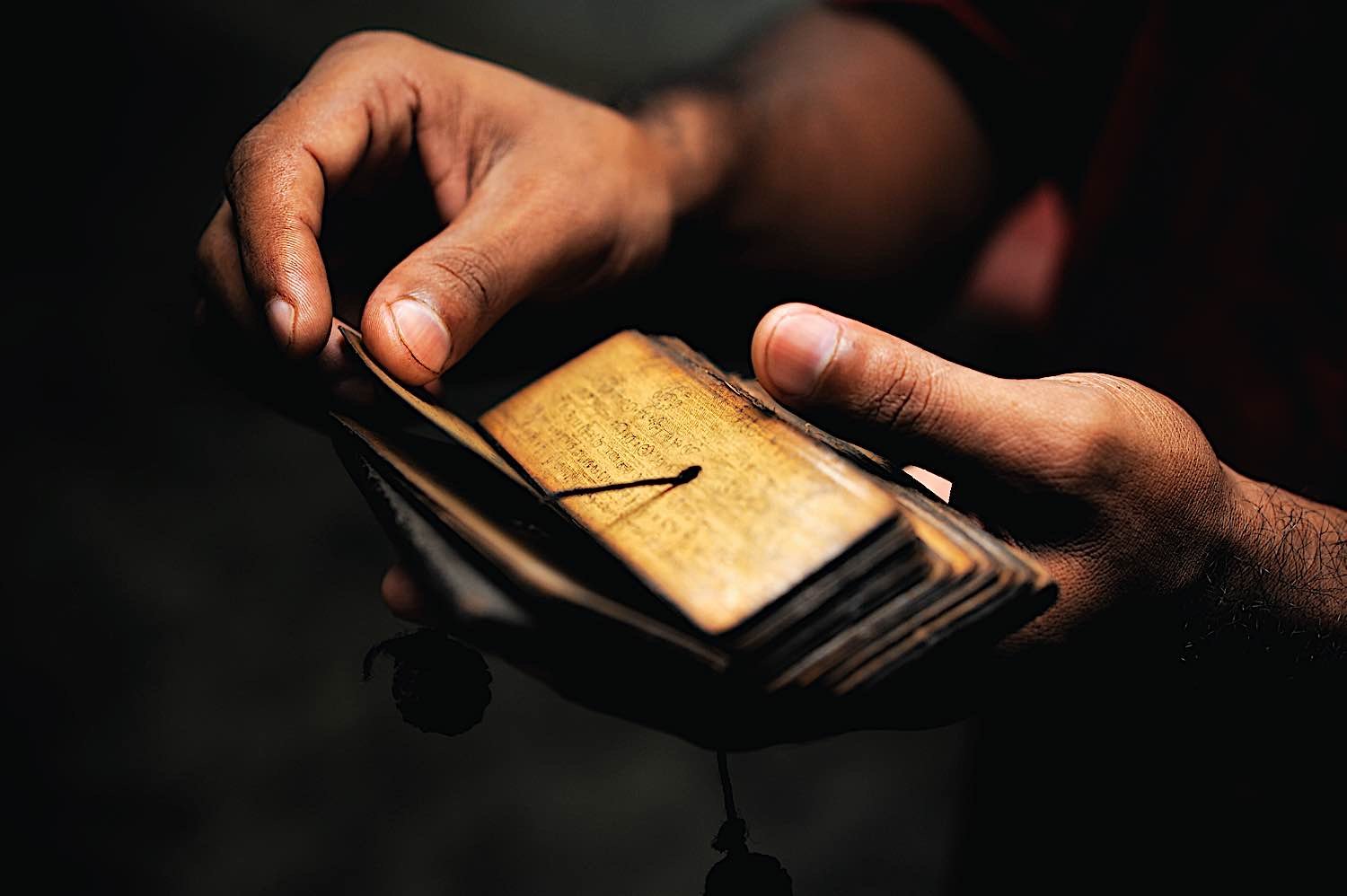 Older or earlier texts were hand transcribed in Pali or Sanskrit on to palm leaves or wood.

Suggestions for learning to read in the native language 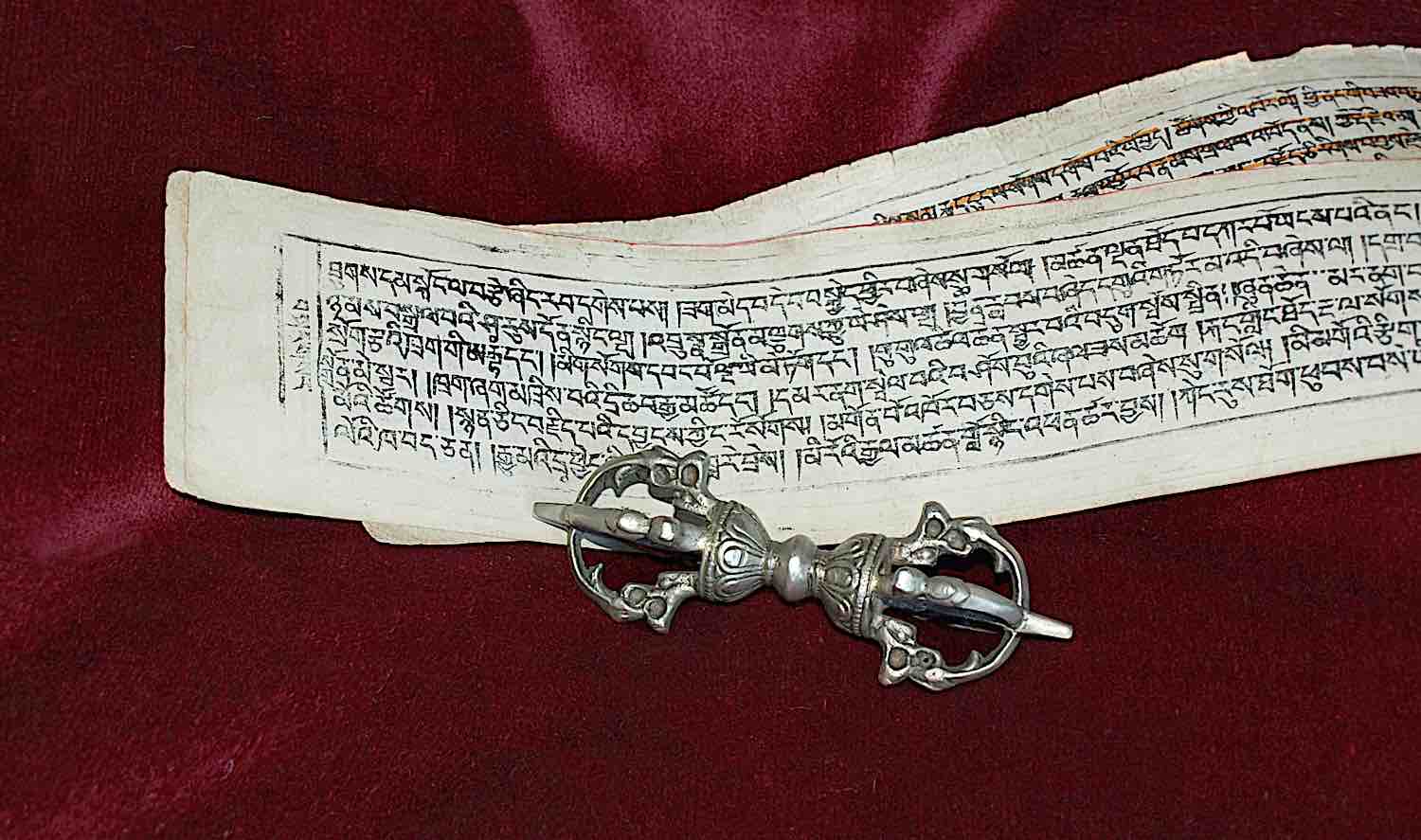 For texts from Buddhist sages and Buddhas, such as Padma Sambhava or Lama Tsongkhapa, ideally read the text in Tibetan.

The Role of Buddhism & Printing Technologies

No words can fit the impact of Buddhism on woodblock printing and the transcription of the words of wisdom. As it took the various transmission forms to express the sacred teachings of the Buddha, it has paved the way for numerous manuscripts and books. It was the diversity of printing that also expressed the philosophy and the rebirth. Both illustrations and the texts created the perfect harmony that erased the boundaries between the languages by allowing the wisdom to speak through the ages. 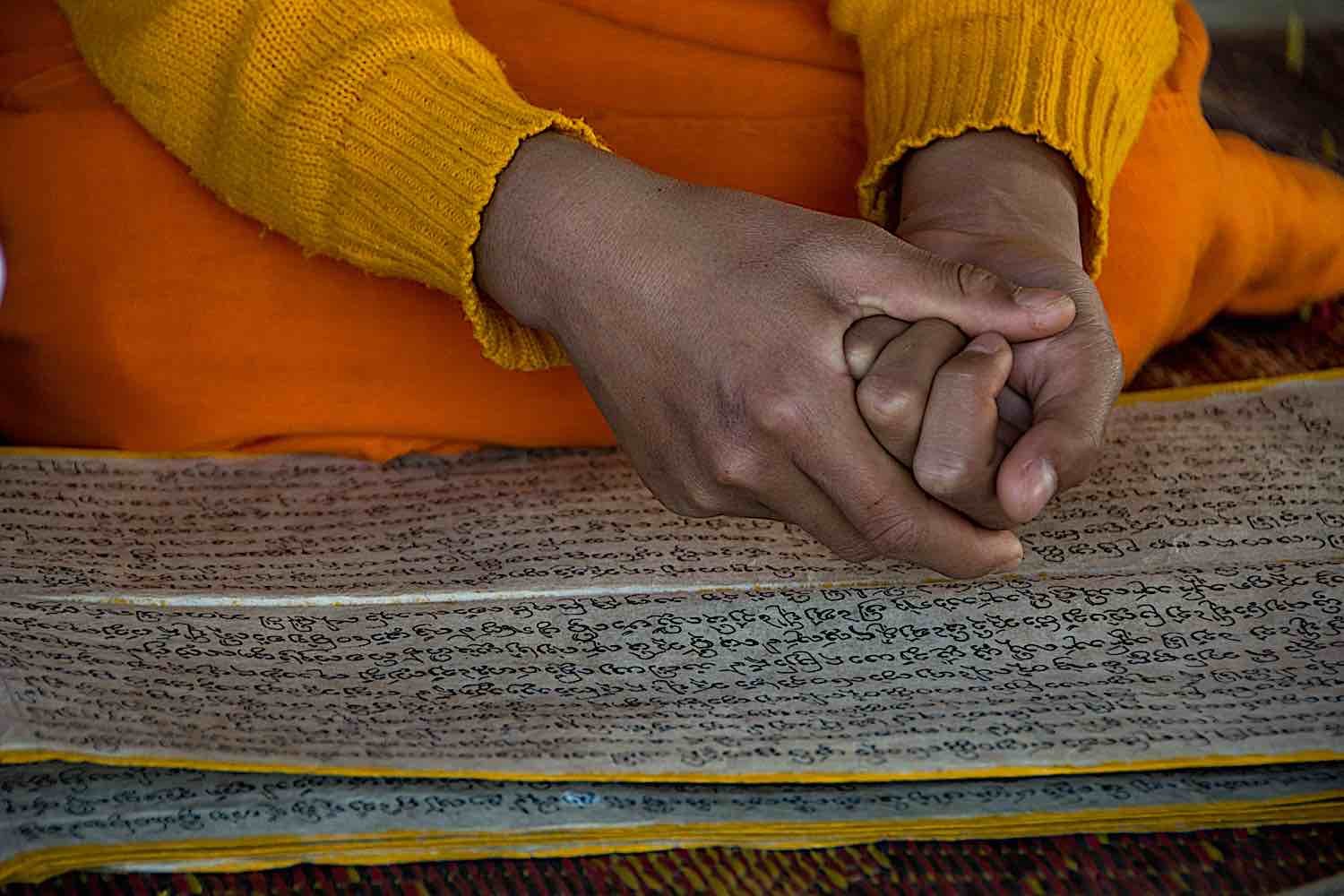 Mindfulness and meditation daily: tips for making it a healthy habit

How Children Benefit from Meditation? 5 Reasons to teach your kids meditation.

Laughter — the Best Medicine: What the Dalai Lama and Patch Adams Have in Common 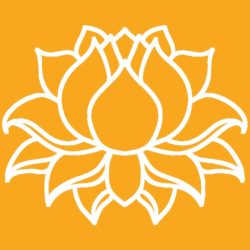 Michael Carr is a translator at TheWordPoint who likes to explore and challenge himself as he seeks peace and harmony. His posts provide accessible and honest discoveries that he wants to share. Follow Michael to learn something new, open up your mind, and find inspiration.