Emptiness, Nothingness or Voidness, as English translations for Shunyata are unfortunate — and entirely misleading.

To paraphrase the Zen master Thich Nhat Hanh: “Emptiness means empty of self — but in the fullness of everything else… it is because of emptiness everything is possible.”

Rather than “Emptiness”, a better English translation might be “Zero-ness.” Zero does not mean nothing in mathematics, science, or architecture — it transcends all numbers. As Annette van der Hoek, PhD wrote[1]:

“The zero, a symbol we all use in daily life, is an unrivaled innovation. It has revolutionized the face of science and technology all over the world.”

For instance, an architect begins with “zero” or empty space. Archtiects “frame” space. Empty space, is not nothing. It is everything until the architect begins to pencil in the lines, which conceptualize and form.

So — is “Zero-ness” a better translation of Shunyata than “Emptiness?” Perhaps, especially given the wider connotations of “zero.” It is, perhaps, not by accident that the famous symbol in Zen for Shunyata looks like a beautiful brush-stroke “zero.”

Boundlessness instead of Emptiness?

Immediately after publishing this feature, reader Johan Nel wrote us: “I read (or listened to a podcast perhaps, don’t remember) a piece by Kazuaki Tanahashi where he translated śunyata as boundlessness, specifically in the context of the Heart Sutra.

All of a sudden, this Sutra made sense to me.

Form is boundless, boundlessness is form.

(Sanskrit Śūnyatā (Dev: शून्यता), Pali Suññatā) “Oneness” might be a better one-word stand-in, but suffers a similar failing — incomplete and misleading as a translation of Shunyata.

“Openess” and “Thusness” are often used as well, with similar shortcomings.

Among the worst “one word” substitutions are “voidness” and “vacuity” with their incorrect Nihilistic associations. Buddhism has nothing whatsoever to do with Nihilism.

Shunyata is, first and foremost, an experience. It cannot be adequately conveyed through words or mental concepts — no matter how accurate or well-intentioned those words or concepts might be.

The direct experience of Shunyata is the heart of Buddhism, and the key to its effectiveness as a path to Enlightenment.

This is why, in Zen or Chan, teachers often challenge us with unsolvable riddles or mysterious koans. This is to allow us to experience our own definitions.

In the different tradition of Vajrayana, “bliss” is brought into the experience of Shunyata. Why bliss? Because it emphasizes that Shunyata must be experienced.

Direct Experience is the Key

The direct experience of Shunyata is also the key to understanding why “Emptiness” and “Nothingness” are such poor translations for the concept. Buddhism does not teach that everything is “empty” or that reality is ultimately “nothing.” To do so would be to fall into the trap of Nihilism, which is exactly what Buddhism seeks to avoid.

This means that nothing exists in isolation; everything is connected to everything else. In this sense, “emptiness” is a more accurate translation for Shunyata than “nothingness.”

Shunyata, in fact, encapsulates a vast Buddhist concept that is discussed across more than a hundred thousand words in Sutra; it certainly cannot be distilled down to one word in English or any other language. Great Buddhist teachers today still write entire books on Shunyata, no doubt in part because it is such a difficult concept to grasp — even for those who have experienced it firsthand.

Say No to Nothingness

So when you hear someone say that Buddhism is “nothing” or “empty,” know that they are not only misrepresenting the Dharma but also missing out on its most central and important teaching. Buddhism is about experiencing interconnectedness. One word is insufficient to the task of defining “Shunyata”.

It is for this reason, in Sutra translations, many experts suggest we not translate Shunyata as one word. Better, perhaps, to leave the word untranslated.

For example, the most famous line from Heart Sutra is often translated as:

“Form is emptiness; emptiness is form.”

A more accurate, and certainly more helpful translation might be:

Clearly, less poetic, and still not complete, but more accurate? Maybe, but insufficient to the task.

It’s easier to say what Shunyata is not. It is NOT Nothingness.

Buddhism has nothing to do with Nothingness.

“Form is emptiness; emptiness is form.”

This famously concise translation of the Heart Sutra is poetic, and memorable, but is it accurate?

It may be poetic, and lovely, but it leads many people to incorrectly describe Mahayana Buddhism as nihilism.

Equally, you could translate this as:

Better, perhaps, was the translation “Form is Thusness; Thusness is Form” which in modern language might be:

Many Zen masters tend to favor “As it is-ness.” It does come closest in a short phrase to the essence. Thich Nhat Hanh wrote extensively on Emptiness, especially trying to correct the error of Nihilism: 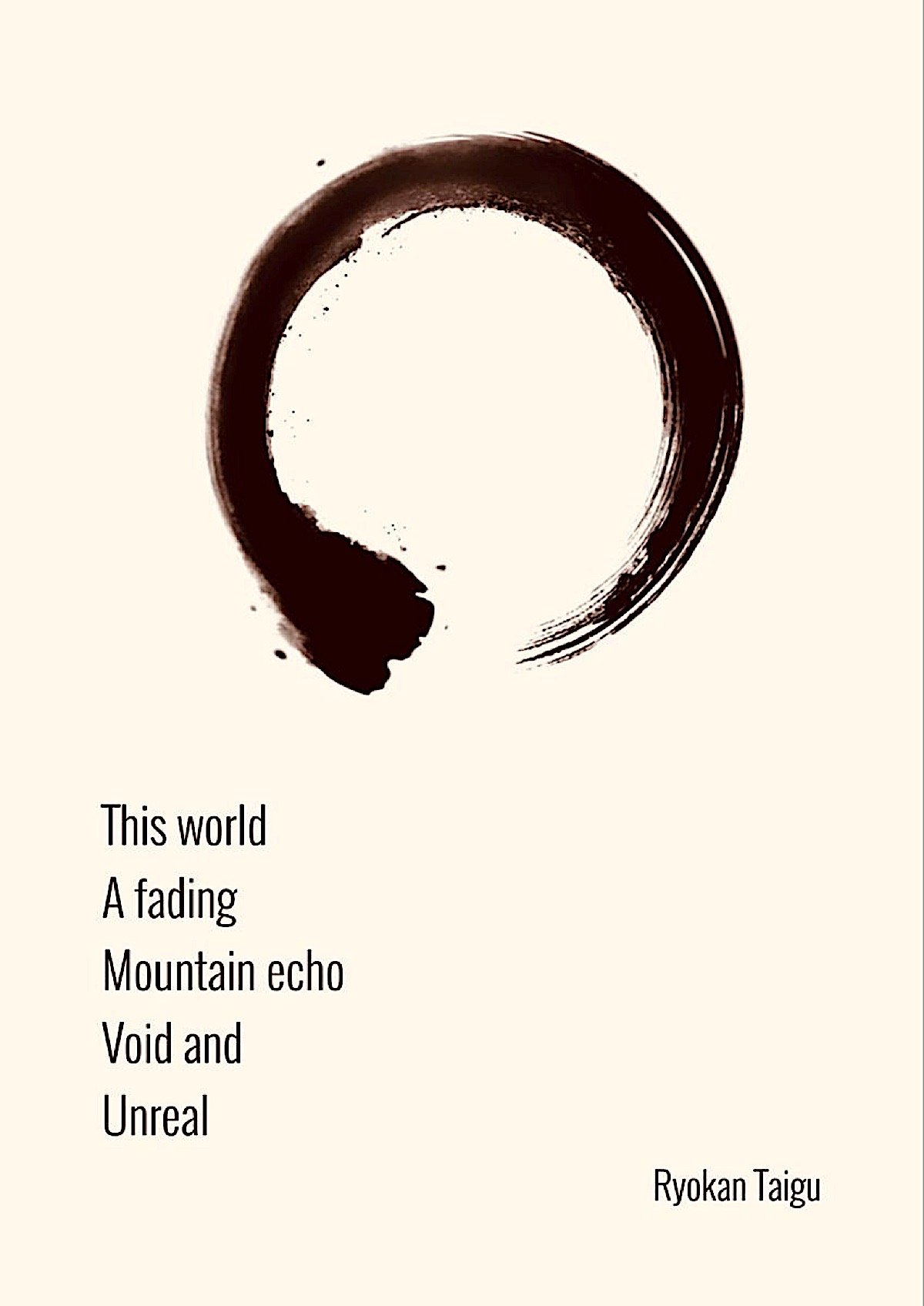 The problem with any translation

But, Buddhism is not about “As it is-ness” or any other single mental concept we might try to use to define it.

Buddhism — and Shunyata in particular — is an experience. And like all experiences, it cannot be adequately conveyed through words or mental concepts. The direct experience of Shunyata is the heart of Buddhism and the key to its effectiveness as a path to Enlightenment.

So if you really want to understand Shunyata, don’t ask me or anyone else to explain it to you in words — other than as the initial, necessary “pointing out” instructions.

Go out and experience it for yourself. It just might change your life.

Translations can be misleading

Translations can be inelegant. For example, if we take the Sanskrit Avalokiteshvara and attempt to translate it into English — as is often attempted in the Lotus Sutra, for example — you end up with a clumsy (almost incomprehensible) mess. Instead of

“Avalokiteshvara stood up and bared his shoulder…”

You end up with

“He Who Hears the Cries of the World Bodhisattva stood up and bared his shoulder.”

It’s possible to understand the meaning of such a translation, but it is hardly elegant — or poetic.

“The Bodhisattva of Compassion stood up and bared his shoulder.”

This is still not perfect, but it gets closer to the mark. Better — just leave the name alone. Avalokiteshvara remains Avalokiteshvara — just as Shunyata should remain Shunyata (instead of Emptiness, Oneness, Fullness, As-it-is-ness, et al.)

Finally — What about Buddhism?

And finally, the word “Buddha” and its inevitable “ism”: Buddhism. We don’t translate that, do we? Still, there are those who say Buddhism is…

Buddhism is not a religion.

Buddhism is a science.

Buddhism is a philosophy.

All of these statements are partially true, and yet — in the final analysis — Buddhism is none of these things.

Buddhism is an experience. As is Shunyata. “As it is.”

Other languages are likewise not able to convey the nuances of Shunyata:

Lord Buddha Day! Vesak May 19 2023: Buddha’s Birthday! , the “most sacred day to millions of Buddhists around the world” — UN