Avalokiteshvara’s 108 main forms: one for each mala bead and one for each poison — the many faces of compassion

Why does the compassionate Bodhisattva Avalokiteshvara have specifically 108 forms? Traditionally, one for each bead of a sacred mala (108) — which the main forms of Avalokiteshvara hold in hand — but also represents:

Many names of compassion

Avalokiteshvara is a bodhisattva who embodies the compassion of all Buddhas — and not just their compassion, but the activity of compassion that benefits sentient beings.

He is known by many names, including Avalokita, Avalokitesvara, Guanyin, Kannon, and Chenrezig. He also has 108 forms and avatars — one for each bead on a mala string. In Tibetan Buddhism, Avalokiteshvara is the principal Bodhisattva of Compassion. Actually, according to the Lotus Sutra, chapter 25, he has countless forms and can appear in all forms suitable for all sentient life in all of the multiverse and universes.

Why all these forms? He vowed never to rest until all beings had been liberated from suffering. In order to do this, through his boundless, Enlightened power, he emanates in countless forms. One form even has 1000 arms!

Why is Avalokiteshvara the most popular of the Bodhisattvas?

He or She is the quintessential “saviour” Bodhisattva, rescuing all beings from harm. This is the purpose behind his many forms.

Robert Thurman explains why Avalokiteshvara Kuan Yin is so popular around the world: “…in a sense, Avalokiteshvara is even more than a buddha. After attaining Buddhahood, he voluntarily returned to the way of a bodhisattva in order to lead all beings to Buddhahood.” [1]

In the Lotus Sutra (Chapter 25), Buddha describes Avalokiteshvara-Guanyin’s many manifestations this way:

Avalokiteshvara — Lord of the World

Avalokiteshvara is known as the “Lord of the World” and the “Protector of humanity.” He represents our Buddha nature and our potential for compassion. Avalokiteshvara is a reminder that we are all connected and that we can all strive to attain enlightenment — and that he is not just the Bodhisattva of a few, but of every being. He or She appears — as we’ll see — in all genders, no genders, all forms, all races, all states of being. To an alien on a distant world, he might appear in a form suitable to them. He has peaceful forms, wrathful and monstrous forms, active forms, and can appear as a Deva (god or goddess), human or even animal and bird.

In many parts of the world, Avalokiteshvara is symbolized in male form. In other areas, She is a female manifestation — such as Guanyin, Kuanshiyin, Kannon and even Tara. Tara, who in one original sutra arose from the tears of Avalokiteshvara, likewise has 108 forms.

Buddhas transcend sex, of course. When we say Avalokiteshvara is male, or Guanyin is female, this is symbolism. In Vajrayana traditions, compassion and method are symbolized as “male” (and female as “wisdom” — while, for example, in China or Japan, female is more often equated with compassion. The best way to understand this is that Buddha’s compassion can manifest in any form — and not just male or female, but even as devas, animals and demonic forms. Whatever form suits the compassionate activity is manifested.

What are some of the many forms and avatars of Avalokiteshvara?

Some of the most well-known forms and avatars include:

• Thousand Armed Avalokiteshvara, who is often depicted in statues with 1000 arms to symbolize his compassionate activity for all beings throughout the universe.

• White-robed Guanyin, who is known as the savior of women and children.

• Mahakala, who protects against negative energies.

• Horse-crowned Hayagriva — the ferocious Heruka emanation of Chenrezig, and many others.

Avalokiteshvara is a bodhisattva who represents compassion in Mahayana Buddhism. In Chinese culture, Avalokiteshvara is known as Guanyin, and she is one of the most popular deities in East Asia. Avalokiteshvara is often depicted as a young woman with a thousand arms and eyes, symbolizing her ability to hear the cries of all beings and help them in their time of need. Or, as a 1000-armed male Buddha with many heads.

Avalokiteshvara is also sometimes shown holding a lotus flower, which represents her purity and compassion. As a bodhisattva, Avalokiteshvara has vowed to remain in the world until all beings have attained enlightenment. Therefore, she represents the ideal of selfless compassion, and her worshipers strive to emulate her compassionate example. 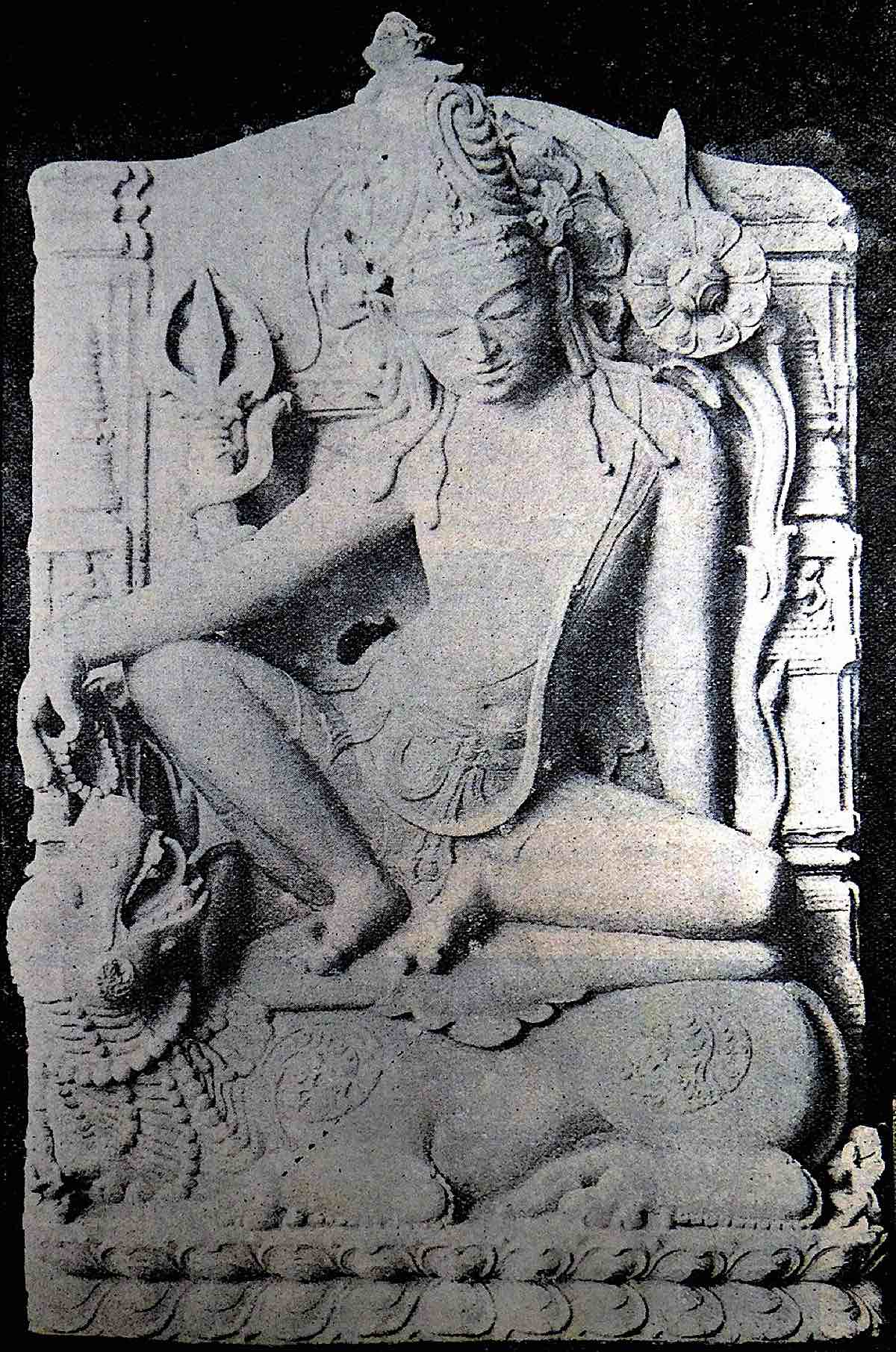 According to Himalayan Art, the “Six Principal Iconographic Forms of Lokesvara, are:

Each of the forms has their own attributes, visualization, symbolism and mantras, especially major Yidams such as Hayagriva. Generally, though, the Mani Mantra is the best way to honor any form of compassion:

For more on the symbolism and attributes of the 108 forms, refer to the Wisdom Library’s profile of the book:

1 thought on “Avalokiteshvara’s 108 main forms: one for each mala bead and one for each poison — the many faces of compassion”