The relationship between the world around us and our mind has always been the source of discussion and amazement on the part of human beings. This has given rise to multiple schools of thought and doctrines about this mysterious fact and we have not yet reached the bottom of the enigma.

We are a superior animal on the scale of evolution whose physical characteristics and brain have given it the possibility of forming a thinking mind that generates ideas, criteria, opinions, an acting will and a world of feelings, emotions and impulses of its own, unique, and only partially based on instincts.

We are “individuals”, individuals, worth the redundancy, with initiative, ideas that are mental plans about projects that we will carry out to improve our activities and the efficiency of our actions. Until now no other animal, no matter how “intelligent” has been able to match the “homo sapiens” in these abilities. Due to this, Sapiens has been able to conquer without any rivalry, it is situated as the owner of the planet.

Despite all his successes, the same “homo” has also become his own greatest enemy, with serious probability of destroying the same planet, or at least his living space in it, making it an impossible space to inhabit.

What has led us to this dilemma? In short, his ability to process the data that his conscience brings him, the elaboration of which can lead – and has led – to terrible decisions, based on multiple prejudices, animosities, cravings, desires, etc. The “homo” has become a fickle and bellicose animal.

What brings us to this? Well, the development of a “personality” as a result of our perception of the data provided by our consciousness, the sensory flow provided by the classic five senses: sight, smell, taste, touch, and hearing. These are the “keys” to our contact with the world and they govern our actions. 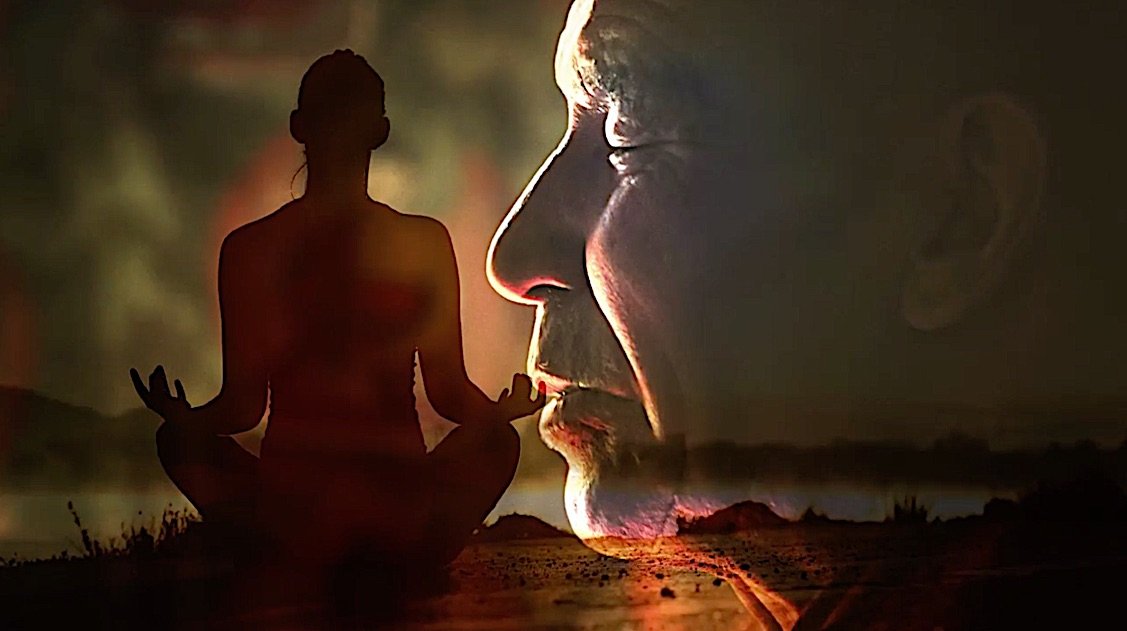 Through our childhood, studied by the great philosophers of pedagogy: Piaget, Montessori, etc. We are building all the mental baggage, the so-called “personality”, which we have to live in each moment and which together can determine our actions in adult life.

The question is: “How, as adults, can we establish – perhaps” reestablish “- our sensory and mental stability, and a vision absent of contamination?

About three thousand years ago a thinker named Siddhartha Gautama, it is said from India, gave us an answer, perhaps the only answer. After multiple tests with the spiritual currents of his time, this thinker came to the conclusion that none of them really complied with the guidelines for the reorientation of our behavior in the sense of moving it away from the whirlwind of anxieties and our desires and actions. towards our goals, due to the set of predispositions and objectives that we radiate on the basis that they “suit us”, “attract us”, or fulfill our expectations of well-being and happiness.

This “being happy,” stated without any ethical or moral definition, is, in the vast majority of cases, the instrument of human unhappiness and misery.

Either we want something, or we move away from something we dislike, as defined in the literature of the time: “if we don’t have what we want, we will suffer, if we achieve what we want irretrievably we will lose it and we will also suffer.”

It is the play of the elements acquired by our mind that leads us to perdition. So what is the answer?

Desperate for an answer, our friend simply sat under a tree and focused his mind on what was happening around him. He did not put his “mind blank” as someone has invented. He put his inner vision into what his senses communicated to her and his mind was throwing her out of the cauldron of feelings and emotions accumulated over the years.

Whatever the mind threw at him, he followed without questioning or giving an opinion, accepting or rejecting, simply on the basis of the question “who am I”, I am the one who casts the vision of good or bad, pleasant or unpleasant, etc.

This person applied “full” consciousness, mindfulness, as our English-speaking friends, inventors of the term, say, concentrating on what is happening at that moment, which is always in the past, because when the present comes to consciousness, it is already past. We never see the present.

It is said that during that night, at dawn, his mind reconnected with his original purity, divorced from the sediments of a life, as it was at the beginning.

The people gave this experience a religious connotation of which, now in the 21st century, it is being stripped. Of oriental religiosity, it has been identified as “mindfulness”, the full consciousness of the present of the moment.

Do not think that this drives us to a world of “nothing”, we continue living (Oh…”neuroscience”!) In the garden of our desires, of our longing for satisfaction, love, affection, etc. The difference that this mindfulness gives us, “mindfulness”, is that we already “know” what the game is. And we are no longer lost.

It is about establishing as a daily practice to sit down and concentrate, so that the mind itself becomes our teacher and tells us what to do and where to go.

How the Thai Cave Rescue inspires us as both humans, and Buddhists

This is the Great Happiness: Mangala Sutta, The Sutra on Happiness, the Tathagata’s Teaching

Joaquin Ryusho Salazar grew up in New York from age 6 months with a Dominican diplomatic family. He went to U.S, schools until graduating from high school.

He spent 10 years in Rome, Italy, where he married and returned home. He worked for U.S. companies and taught college classes in several local universities, he organized zen meditation groups, ultimately the Dominican Zen Center. Travelled to the U.S. for retreats and teachings from several Masters. (see below)

Ryusho soon travelled to the city of Rochester where Kapleau Roshi had his Zen Center, he stayed there for couple of weeks.

He participated in a meaningful sesshin at the Zen Mountain Center under the leadership of Rev. John Daido Loori, who he was trying to invite to his country before his death.

He was ordained a Soto Zen priest in the year two thousand and continued the priest path until he received Soto Shiho, or direct transmission, in the year 2010.

Through all of this Ryusho continued to organize the Dominican Zen Center, ordaining four local priests with the Tokudo ordination, the first of three steps to full ordination.

Ryusho currently lives in Punta Cana where he is vice rector and teacher at a local university after retiring from his career as human resources manager in several multinational companies.

Ryusho has students in several areas of the country and in Puerto Rico as well. His short term project is to create an international zen retreat facility in a rural area where he can receive students from overseas countries  including the Peacemaker groups and others.