The gist of this amazing sutra teaching from Buddha? If I don’t accept your insults — it belongs to you, not to me. It’s all on you. You sent the hatred, insult, and prejudice outwards — and yikes, it bounced right back at you, because — guess what — Buddhists can be made of teflon. (Sometimes.)

One of the unique aspects of Buddhist sutra is its relevance in modern times. Buddha may have lived and taught 2500 years ago, but, if you read almost any Pali Sutta, it feels like modern-day sage advice.

An early and profound, short sutra, the Akkosa Sutra, seems as valid and useful today as it was more than two thousand years ago. It could even be applied to social media flaming, fake news, and anonymous insults. 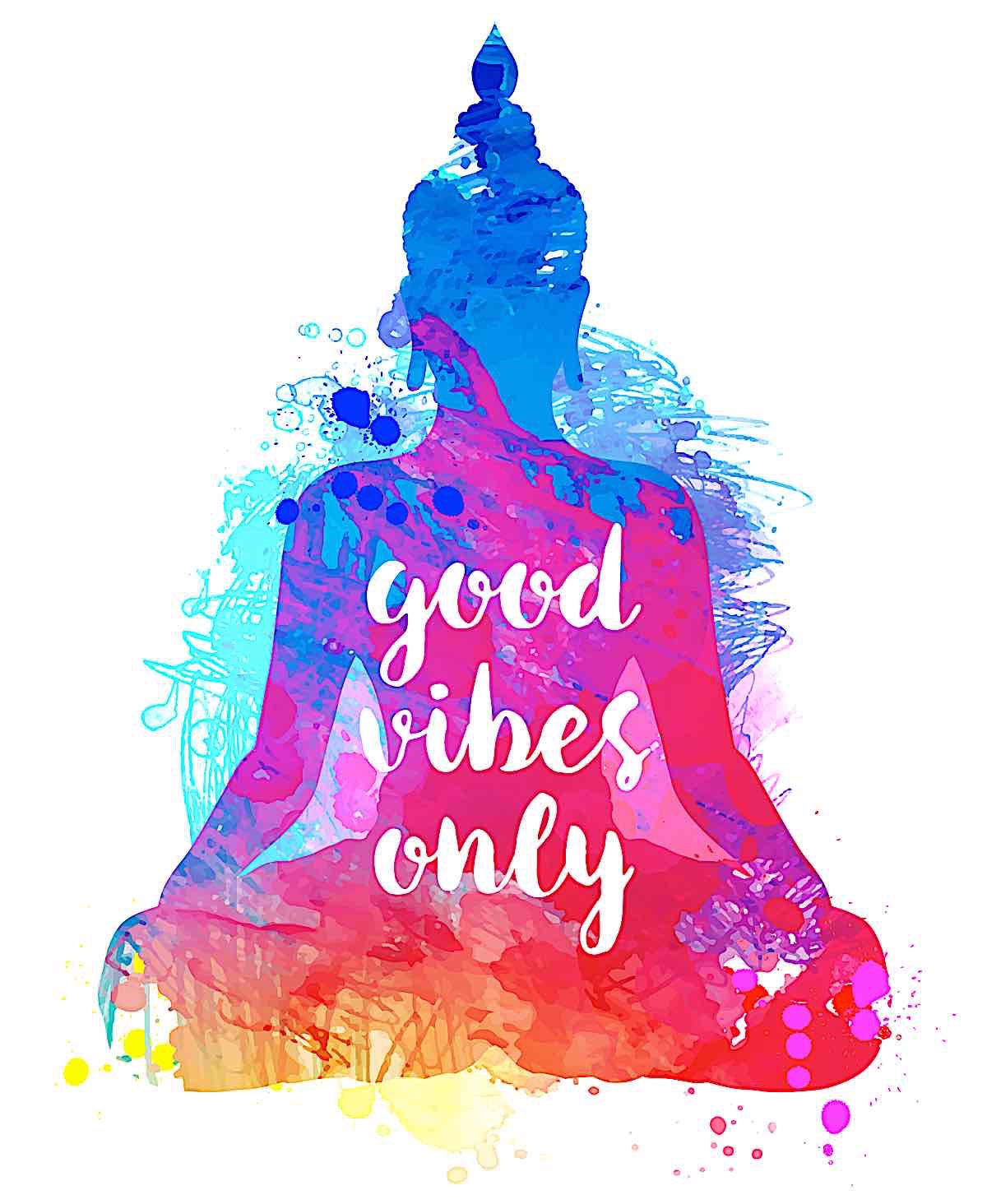 Today, we cope with insults online, hate, social media flaming, Fake News, political flashpoints, anger and pride. Buddha shows us not only how to deal with the toxicity, through this short sutra, but also that this is nothing new. Fake news, hatred and insults have always been with us.

Listening to the soothing, realistic, profound words of the Thus Gone Buddha, Shakyamuni, the Enlightened One, brings a feeling of peace and, perhaps, allows us to deconstruct the flames, fakes and flashpoints.

Buddha’s advice (in modern gist): If I don’t accept your insults — it belongs to you, not to me. It’s all on you. You sent the hatred, insult, and prejudice outwards — and yikes, it bounced right back at you, because — guess what — Buddhists can be made of teflon. (Sometimes.)

The reason we have difficulty with this teaching — as extraordinarily simple as it seems — is we are not Buddhas, we’re just Buddhists. We are bound to our egos. We have pride. Even if a perfect stranger insults us, our ego starts that instant dialogue

“She doesn’t even know me…”

Basically, the “I” gets in the way of ignoring the insult. The “I” or ego is the sticky cheese on our teflon frying pan. Still, it can be reassuring to listen to the sheer logic and rationality of the Buddha’s compassionate words.

The compassion of Buddha’s teaching

There’s more to this humble sutra than logic and rationality —  the insult “that I don’t accept from you. It’s all yours, Brahmin. It’s all yours.” The other side of this story is compassionate teaching. Buddha could have walked away, smiling, ignoring the Brahmin as an example of what he meant.

No — instead, Buddha used a calm, friendly example — a classically patient and compassionate method — to teach the Brahmin. It wasn’t about fault. In fact, it becomes clear that the Brahmin’s own insecurity and anger, and inferiority complex triggered his insults. His insults, in this case, were a cry for help.

Even though we know that responding to an insult could escalate the anger — it’s extremely difficult to resist. We may rationally know that “the insulter owns the insult” if we don’t accept it. In karmic terms, they own the bad karma. If we respond in kind, we own the bad karma. How do we avoid all of this, assuming we’re not as rational and logical as Buddha when our emotions run high? 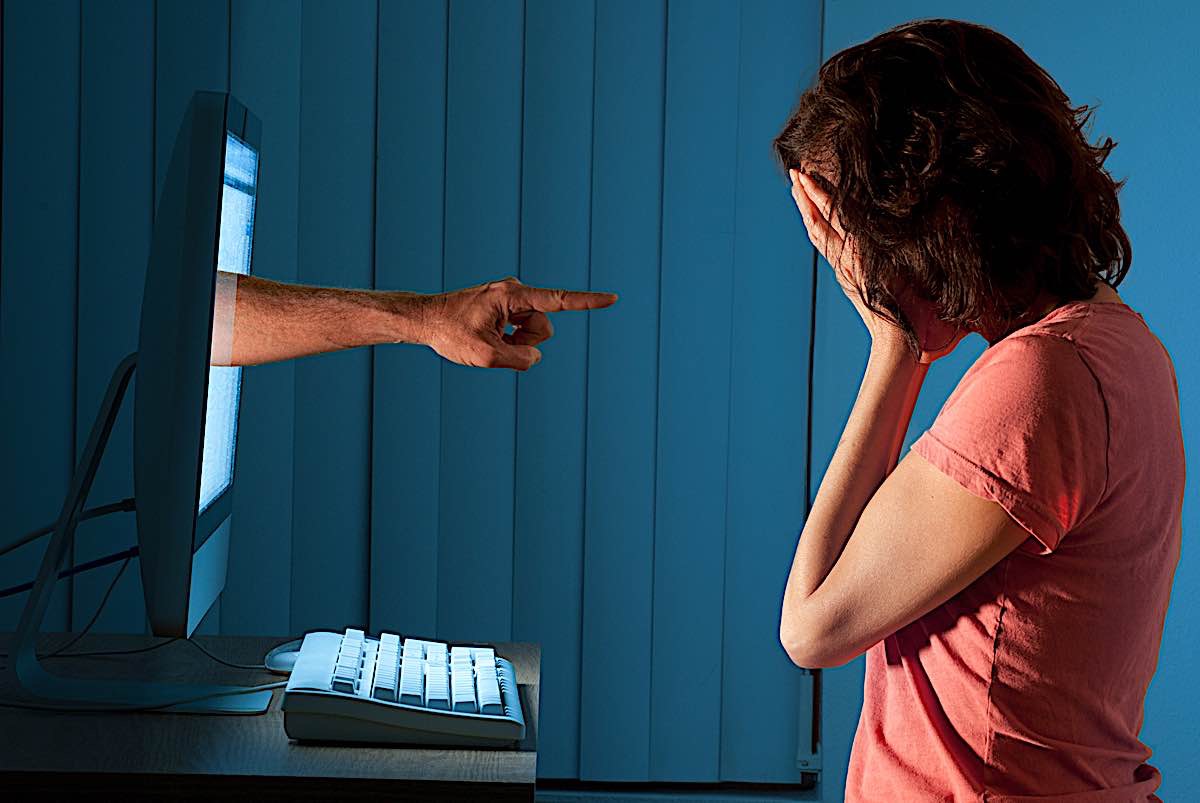 Well, for example, our boss is yelling at us for no reason, calling us stupid. Do we yell back? No, we smile, nod, and understand he or she’s having a bad day. Or, our spouse is insulting us because we burned the toast? Do we snap back? No, the next morning we make the toast, perfect, just the way he/she likes it. A Facebook stranger insults our post. Do we respond in kind? No, probably we ignore the comment. We don’t remove it, respond to it, or debate it. If we feel we have to respond, maybe we say, “I understand your point, and thank you for commenting. Personally, I see it this way, but I do understand what you’re saying…”

Dogen, in Moon in a Dewdrop, wrote, “‘Kind speech’ means that when you see sentient beings you arouse the mind of compassion and offer words of loving care. It is contrary to cruel or violent speech…. You should be willing to practice it for this entire present life; do not give up, world after world, life after life. Kind speech is the basis for reconciling rulers and subduing enemies. …You should know that kind speech arises from kind mind, and kind mind from the seed of compassionate mind…. kind speech is not just praising the merit of others; it has the power to turn the destiny of the nation.” [1]

Ultimately, if we respond negatively to an insult — even an unjust one — it is our attachment to our ego that is flaring up. If we follow the precept of “right speech” we will not fan the flames. If we listen to Buddha’s advice in Akkosa Sutra, we will “not accept the insult.” Or, since we are not Enlightened Buddhas, we could post the Akkosa Sutra as our reply to their comment:-) If so, copy and paste below:

I have heard that on one occasion the Blessed One was staying near Rajagaha in the Bamboo Grove, the Squirrels’ Sanctuary. Then the Brahmin Akkosaka (“Insulter”) Bharadvaja heard that a Brahmin of the Bharadvaja clan had gone forth from the home life into homelessness in the presence of the Blessed One. Angered and displeased, he went to the Blessed One and, on arrival, insulted and cursed him with rude, harsh words.

When this was said, the Blessed One said to him: “What do you think, Brahmin: Do friends and colleagues, relatives and kinsmen come to you as guests?”

“Yes, Master Gautama, sometimes friends and colleagues, relatives and kinsmen come to me as guests.”

“And what do you think: Do you serve them with staple and non-staple foods and delicacies?”

“Yes, sometimes I serve them with staple and non-staple foods and delicacies.”

“And if they don’t accept them, to whom do those foods belong?”

“If they don’t accept them, Master Gautama, those foods are all mine.”

Whence is there anger
for one free from anger,
tamed,
living in tune —
one released through right knowing,
calmed
and Such.

You live for the good of both
— your own, the other’s —
when, knowing the other’s provoked,
you mindfully grow calm.

When you work the cure of both
— your own, the other’s —
those who think you a fool
know nothing of Dhamma.

When this was said, the Brahmin Akkosaka Bharadvaja said to the Blessed One, “Magnificent, Master Gautama! Magnificent! Just as if he were to place upright what had been overturned, were to reveal what was hidden, were to show the way to one who was lost, or were to hold up a lamp in the dark so that those with eyes could see forms, in the same way Master Gautama has — through many lines of reasoning — made the Dhamma clear. I go to the Blessed One for refuge, to the Dhamma, and to the community of monks. Let me obtain the going forth in Master Gautama’s presence, let me obtain admission.”

Then the Brahmin Akkosaka Bharadvaja received the going forth and the admission in the Blessed One’s presence. And not long after his admission — dwelling alone, secluded, heedful, ardent, and resolute — he in no long time reached and remained in the supreme goal of the holy life, for which clansmen rightly go forth from home into homelessness, knowing and realizing it for himself in the here and now. He knew: “Birth is ended, the holy life fulfilled, the task done. There is nothing further for the sake of this world.” And so Ven. Bharadvaja became another one of the Arhats.

The Better Way: Standing Meditation? For those with injuries, arthritis or a sleepy mind, standing can help us achieve mindfulness