Performing Arts Meditation: Celebrate Buddha Day (Vesak) with a Buddhist Opera. The Gata, Returns for an Encore Performance in Toronto

In many Buddhist traditions, Vesak, the celebration of Buddha Day, is celebrated on the full moon in lunar calendar month of April (Vaisakha). Traditionally, Buddhists celebrate the event with festivals, art, meditation and reverence. Now, The Gata —an engaging and dazzling Buddhist opera which opens during the full moon of April — provides a unique way to celebrate Buddha Day with a “performing arts meditation.” [1]  (Final venue and performance dates to be announced.)

Written by Irene Cortes, “The Gata is a mythopoetic journey revealing a wisdom quest, led by a Shaolin Dakini Oracle.” [2] The Gata successfully performed last spring in Toronto, and returns by popular demand, complete with an orchestra of “chakra-opening” singing bowls.

Gata is a Sanskrit word, meaning “gone,” as in “gone beyond the suffering of Samsara”. In Buddhism, Tathata Gata means “the Buddhas who have gone (gata) to the state of dharmata suchness (tatha).” [3]

The opera successfully combines contemporary dance and music to convey profound truths. The story beautifully flows around the Dakini oracle, as described in the event description: “Beyond gender, the Dakini is the enlightened feminine aspect that assists those on the path to awakening. She is the flowering quality of being in direct experience with one’s own self-realized nature. This piece focuses on the figure of the Dakini as a cipher capable of evoking the subtle experience of the mind in meditation.” [2] 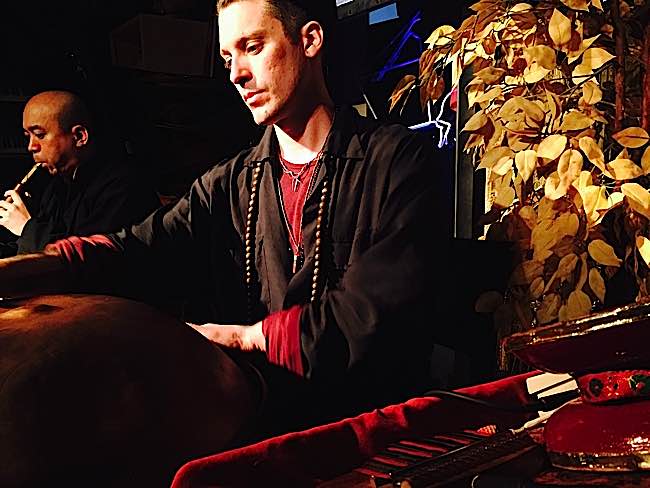 The quest in the Gata is led by a Dakini oracle. In Buddhism, the Dakini is the Female Enlightened being or quality. According to Buddhist teacher Tsultrim Allione, “The dakinis are the most important elements of the enlightened feminine in Tibetan Buddhism.” [4]

Produced by Simon Sylvain-Lalonde, this intriguing stage performance begins with the audience being “introduced to the Shaolin Dakini Oracle and her retinue of incarnations, who arrive to aid the meditator in their practice.”

The energy of the performance is carried with a unique mix of instruments. “An orchestra of chakra-opening singing bowls, led by Elder o’Puck, mirror the meditative movement of the piece while providing a subterranean pass for traditional Asian woodwinds and Aboriginal spirit flutes to travel with a dissonant electronic guitar, arranged by Josh Reichmann (Tangiers).” 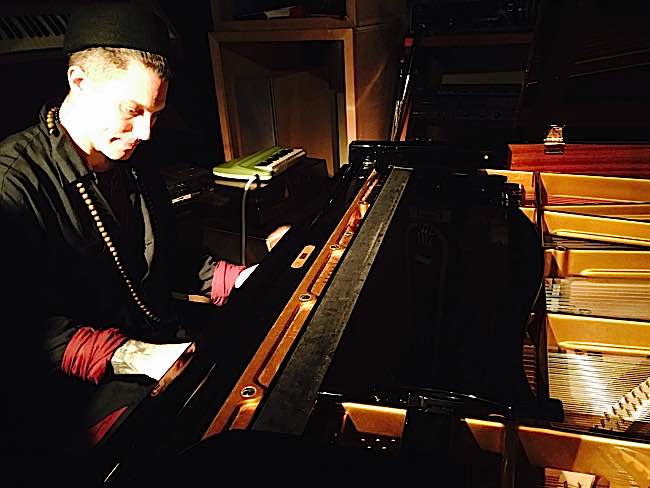 According to the website: “In fusion are the dancers emotional energy into precise, controlled movement. As in meditation, even the smallest movements have power and meaning, bringing into being moments of intuitive wisdom. Ranging from classical ballet to butoh and the latest advancements in the science of movement, Xing has created a distinctive style in which disparate traditions and cultures coalesce to form a single unique and harmonious whole.

The Xing Dance Theatre was established in 1986 by dancers Xing Bang Fu and Simon Sylvain-Lalonde. Known for their fusion of classical ballet, modern dance and Asian movements, The Xing Dance Theatre has created and produced critically-acclaimed productions known for their artistic innovation and refinement for over 30 years. They have toured across China, Europe and North America.”

For tickets or information

TICKETS: To be announced soon

[1] Buddha Day, by the lunar calendar actually falls on the full moon of Lunar April (usually solar calendar May) this year. The performance date of solar April 22 is in celebration of Vesak.

Maranassati Sutta: Mindfulness of Death — “it plunges into the Deathless, has the Deathless as the final end.”

Reflecting on Reflection: Moments Where Meditation Saved Me

One Sutta to rule them all — Buddha’s most important sutta on Mindfulness: The Satipatthana Sutta “The Only Way”

Buddha Weekly Interviews Cree Medicine Man Sean Walking Bear; “Interview with the Teachers” Takes a Slight Detour into Native Spirituality to Highlight The Common Areas of Philosophy: “The mind is where we build our life from the inside out.”